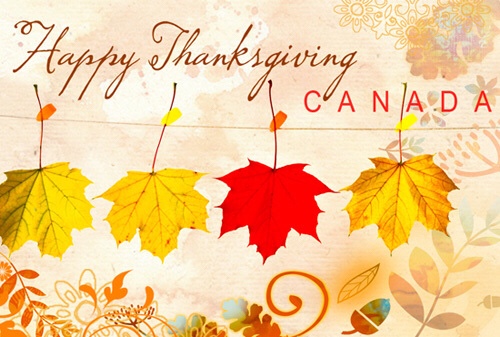 Today is Thanksgiving in Canada. We didn’t celebrate it around a big table with friends and family with a big turkey as many will be doing, but nevertheless my heart has never been as full of thanks and appreciation as it is now.

I am taking a journey that I never thought would be within my reach, with a son that I dreamed of having for so many years and yet had given up all hope of actually having. The only thing missing from this moment is having my older daughter Georgia with us, but I am equally thankful for the young woman she has now grown in to at 21 and has a wonderful boyfriend who is everything we could wish for in a potential son-in-law (no pressure Jordan!!) and that both of them are happy.

Earlier today Cameron asked for a coin to throw into a fountain as we were going out of our hotel lobby, I duly obliged and after he had thrown his coin into the water he put his hands together, closed his eyes and looked up to the heavens with a look of deep concentration. I wanted to capture the moment but I didn’t grab for my phone because I didn’t want to break the serenity of the moment. He then turned to me and said he couldn’t tell me what his wish was because if he did then it wouldn’t come true. However with his birthday looming at the end of the month I pretty much knew what he was wishing for – The Hogwarts Express Lego Train!

When we returned to our hotel a few hours later he dashed straight into our room and his little face fell. “My wish didn’t come true Mummy” he said as he looked around sadly. He had wished for his Hogwarts train to be in our hotel room when we got back! I instantly went into explaining that wishes don’t generally come true immediately, sometimes we have to wait and be patient and sometimes we even have to do a little bit to help them on their way, in this case by him being a really good boy whilst we are travelling (to his credit he has been an angel so far!)

In the more adult world we call this MANIFESTING, something which I realised a few years ago that I had been doing successfully totally subconsciously, but since I have been doing it consciously it feels like everything I have wished for has literally fallen into my lap and I truly could not be more grateful.

21 years ago I found myself becoming a single mother having left an abusive relationship and fearing for my own and my baby’s future. I was working full time, but knew very early on I was going to have to start paying out for full time child care, I was already living hand to mouth with what at the time seemed to be a huge mortgage and I just didn’t know where I was going to find the extra money from as a now single parent. I didn’t know how I was going to feed or clothe this baby but the night she was born I promised I WOULD show her every corner of the globe. At that time I couldn’t even afford a ticket to the Isle of Wight, but 21 yrs later we have pretty much seen every corner of the world, certainly every continent (well except Antartica!)

I later married when Georgia was 3 and a half, I couldn’t have wished for her to have a more loving father but for years and years I dreamed of having another child and being a family of 4 – it never happened, but I would always visualise that 4th space at the table being filled, I never stopped dreaming, hoping and wishing. My 30’s came and went, my marriage broke down and as I hit 40 I gave up hope of ever being a Mum again, but then very early into another relationship ‘boom’ I fell pregnant!!!!! Not the right timing or the right father, but the child I dreamed of for so many years was finally here, after 14 years of wishing and waiting.

And here he is with me tonight on Canadian Thanksgiving – I still pinch myself every day that he is here and that we are having this year travelling together.

I have helped my wishes on their way too, every day I visualise, I express gratitude and I set intentions to manifest.

21 years ago, I could have given up, I could have been the more stereotypical single mother and claimed various benefits which I would have been rightly entitled to – I didn’t, I have never claimed a penny. Everything I have I have worked for, I’ve worked hard for 30 years since the day I left college, in fact I have worked so stupidly hard I have sacrificed some other very important things in my life. Now however it feel that what I have put out is finally coming back to me. I have paid my mortgage off a year ago and I have saved hard – really hard. 18 months ago I seriously injured my back, it turns out my spine is crumbling, I live every day now in severe pain. Walking, standing, even lying down is agony as it compresses the nerves. I have no idea at this stage how much longer I will have my mobility for. So, I could possibly I could say it’s time to throw in the towel and claim disability allowance etc. NO, instead I decided to pack a case and see the world, why leave your dreams to a 5 yr or 10 yr plan when you don’t even know if you will still be able to realise them then (or even alive!)

To take this gap year I am having to use every penny of my life savings, but in return I am creating a life time of memories.

I still can’t believe that this is happening, that I have not only a beautiful daughter but my long awaited son plus the financial means to finally make this trip happen after struggling for so many years – but it IS real though and I am finally living the dream. I waited patiently for my wishes to come true, waited for many many years, and trust me it has not always been easy. For as well as a lot of hard work and determination there has been so much heartache, grief, let downs, struggles, hurt & disappointments.

But to anyone else reading this – if you have a dream or a wish, be patient, it probably won’t happen overnight but with belief, gratitude and hard work you truly can achieve anything. If I can do it then anyone can…..

So from Canada with a heart filled with gratitude ” HAPPY THANKSGIVING”