This week The Independent online published an article by Janet Street Porter in which she was openly critical of the growing popularity of Home Schooling! ( read full article here)

Janet Street Porter is of course entitled to her own opinions and I don’t actually know if there is a right or wrong answer to this argument.

All children are different and each have their own unique needs. Two children can be close in age, have the same parents, attend the same same schools and yet one may thrive at school and come out with great qualifications, whilst the other may loathe school and come out with few or no academic qualifications and pretty much a wasted education. It doesn’t automatically mean one is brighter than the other, it simply indicates that the learning environment may have been better for one – in exactly the same way that some plants thrive in the sunlight, whilst others need the protection of the shade.

Our own world schooling experience this year has actually been a big learning curve for us both, Cameron has seen, experienced and been immersed in the most incredible experiences which are impossible to re-create in the classroom. I have watched him grow in confidence and independence and loved how he has flourished in the great outdoors surrounded by nature rather than x-boxes and play stations.

Just in the last week alone Cameron has flown over the Great Barrier Reef, Snorkelled beneath it, explored the reef via submarine whilst listening to a marine biologist explain what he was seeing. He has glided over the canopy and walked through the worlds oldest tropical rainforest, hand fed wallabies & kangaroos and been immersed in an Aboriginal cultural show. How can a week in a school classroom even begin to compete with that?? 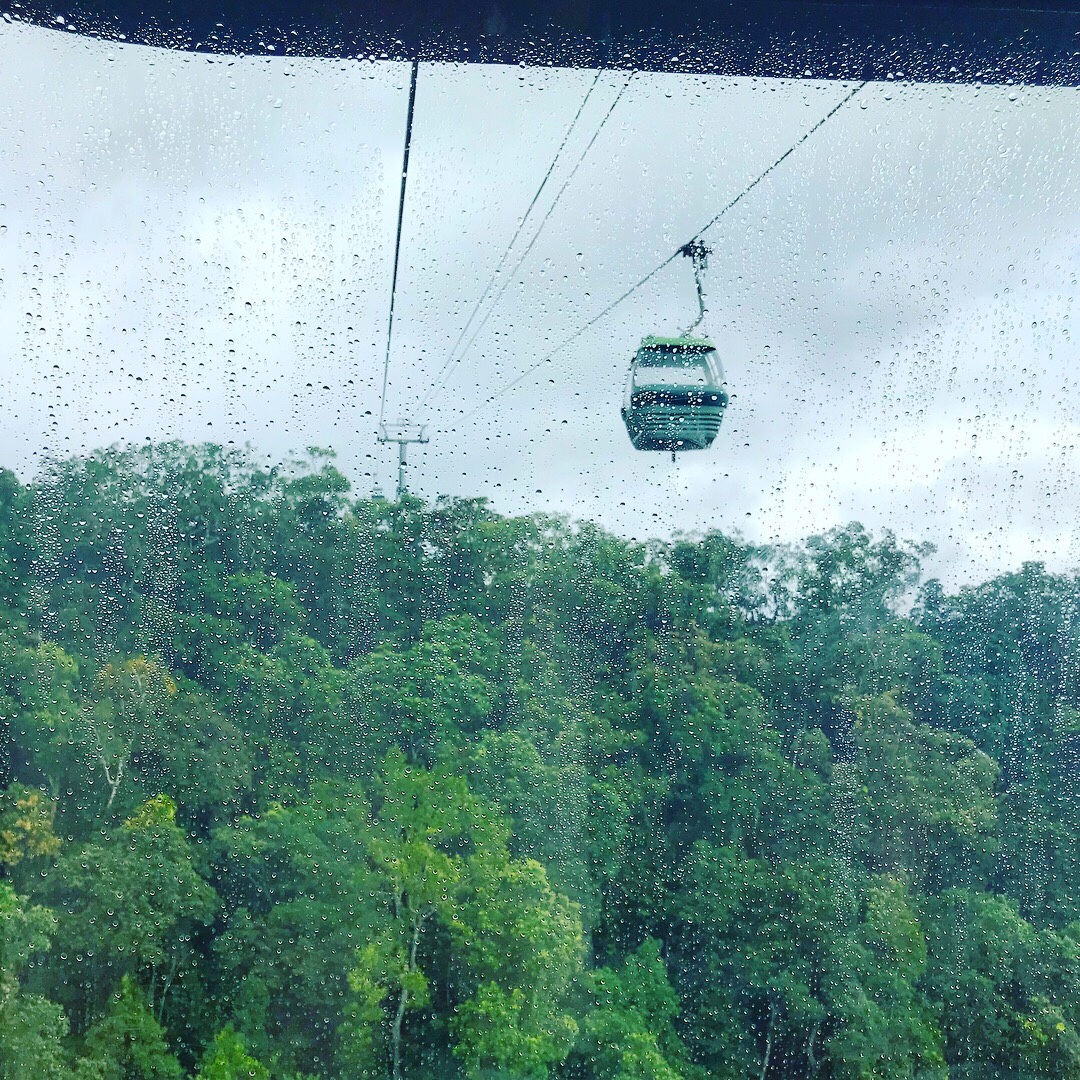 However, all that said, he has also had moments where I know he has been missing his friends and I have been very conscious about him missing out on the social interaction with other children.

Whilst we have both loved every minute of this learning experience, we know it can’t last forever and I certainly don’t think I could or would home school forever as I just don’t have the skills or the academic knowledge to do this long term, certainly not at secondary school level. I also believe that children do need their own space & peer groups away from home and family (as do parents!)

My concerns are related within with my ‘day job’. Those who know me personally will know that back home in the U.K. I train people to become Independent Civil Celebrants. I have over the last few years had an increasing number of teachers attending my courses in order to change careers and it appears that teachers are leaving the education system in droves. Almost all of the teachers who have attended my course come telling quite horrific stories (not about the children but about the ‘system’). On the last course I delivered before starting our travel adventures 3 out of the 12 attendees were teachers, in fact one was a Head Master who said “what we are told to expect of children in schools now equates to child abuse” These words coming from a head teacher and hearing equally dreadful stories from other former teachers is truly horrifying and as a parent I also find it terrifying.

I cannot speak a bad word about my son’s school, nor of any of the teachers. He did attend an Independent school which I also appreciate is a different experience for both children and staff. He also had the benefit of participating in their forest school programme and being able to run and climb trees in their 40 acres of land.

I do fear however for the future of teaching and the education system in the U.K. NOT because of the teachers, but because of the pressures put upon them by the Government (and dare I even mention Ofsted?!)

Cam’s school were very supportive of me taking him out for a year, however I asked both his class teacher and principal if they could give me some guidance on what I should include within our year of world schooling – neither responded to my requests.

I registered him for Home Schooling with West Sussex County Council. Again I asked them if there was anything in particular we should be studying, or any records/evidence of education which I should be providing? Again I received no response and have not heard a word from anyone in relation to checking up on his education since he left school last July! I was expecting to have to submit all sorts of work for them to check.

So I am basically running blind! I am doing my very best with the more academic side of Cams education, we try and keep up with maths, english etc and this whole trip is one long lesson in geography, history, sociology, anthropology, social sciences, and the natural world…not to mention just learning about LIFE.

I believe I 100% made the right decision to pull my son out of the school system, even if it will only be for a year or two. What he made have missed out on in one aspect he has made up for 10 fold in another.

As for the overall increase in parents registering their children for home schooling as condemned in Janet Street Porters article, I guess we really won’t know the long term results of such until this generation of children become adults and go out into the work place. What I do believe though is that they will have greater communication skills, common sense and a stronger work ethic. Society will also have highly skilled and knowledgeable workforce who are full of passion for doing what they love.

Ask my 7yr old son what his thoughts are about being home schooled? many things he might say but I know 100% that ‘controlled’ would not be one of them.

No way is right or wrong way – having a happy, well educated, thriving, well behaved child is the important way though and I personally would encourage any parent to be totally open minded when exploring both avenues for their individual children.

I am thankful for this time and this opportunity to home school whilst travelling the world though, it’s has been nothing but a positive experience for both mother & son. “No regrets”

2 thoughts on “Home Schooling – Should you or shouldn’t you?”