No save haven for children onboard MS Maasdam – One weirdo following and befriending our children, before inappropriately touching them.

Of all the places in the world where I thought I might feel a little vulnerable or concerned about our safety, I wasn’t expecting to experience it on a cruise ship.

I’m not going to lie, travelling as a single parent can be a lonely and isolating experience. It seems most people travelling are all in couples and the single ones are the young backpackers who naturally don’t want to be tagging along with a 48 yr old and a 7 yr old child!! I am lucky that I do genuinely enjoy my son’s company but even so being together 24/7 with just the two of us for months on end hasn’t been without its challenges.

We were then told just 9 days before we sail on a 24 night voyage with Holland America Line that the kids club isn’t going to be running. Somehow it seemed like a huge deal at the time as I had just been looking forward to a couple of hours a day of ‘me time’ and I know Cam thrives when he gets to mix with some other children.

As it happens we have done OK so far and the entertainment on the ship has been both diverse and educational. Cam has enjoyed going to the talks and lectures, has attended Ukulele & line dancing classes and even tried a spot a Tahitian dancing (albeit he decided to sit it out after realised that he was the only male in the class and announced he wasn’t going to participate in something which was “only for girls”)

Anyway with the majority of the passengers on this cruise being post retirement age, I wasn’t overly put out when a younger long haired man stopped Cam and I as we were stepping out of the lift a few days ago and said “hey I’ve been wanting to meet you guys, I’m only 41 and travelling with my parents but everything on board seems geared towards their generation so thought it would be nice to connect with someone of my own age” Yeah, sure I kinda feel the same way and it would be nice to have a friendly face on board and someone to actually hold an adult conversation with. So I duly introduced us both and said we would look forward to seeing him around the ship, however I was just off to do some school work with my son. He instantly replied “Oh great, well I am training to be a school teacher so can I help you?” Again, no alarm bells were ringing and I thought it would be nice to have some help so my reply was of course “sure, we can meet you at ….in about 10 mins”

Well that was the big mistake because after that we gained what I can only describe as a ‘cling-on’. It turns out that he wasn’t training to be a teacher but has applied to several colleges to get on a course. He also told me that he fosters kids. It therefore didn’t surprise me that he struck up and instant rapport with Cam, and of course Cam being Cam instantly liked the fact that we had a “new friend”.

I realised very quickly that this chap had a few physical issues, he suffers with albinism and has some severe sight problems. He also came across as very child like and I suspected from his behaviour that he may be somewhere on the spectrum of autism or aspergers, though naturally these are the kind of questions you don’t like to ask. Cam clearly found his new friend endearing as he was fully of energy and enthusiasm, and to be quite honest, for him it was pretty much like hanging out with ‘Elf’. 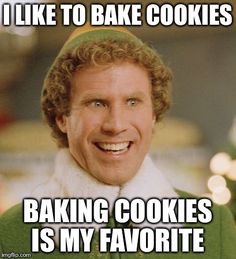 Then Cam made the big mistake of telling Elf our cabin number and having had him follow us round and round the ship everytime I tried to make a polite exit, he was now knocking on our cabin door at every opportunity “hey, do you guys want to hang out?” I am of course a big softie and find it hard to say no – it’s particularly difficult when you have a whole day at sea and it pretty obviously that you are hiding in the cabin doing nothing (other than desperately trying to avoid him!! ).

The next thing which came up was computer games “does Cameron want to come to my cabin to play minecraft?” NO he doesn’t – but then innocent 7 year old pipes up “but you can come to my cabin to play minecraft instead”! Next thing I know he is at the cabin door with his laptop. I let them play computer games for a while thinking I am over reacting and spoiling Cam’s fun, but then I noticed he is cuddling up to Cam and sitting with his arm around him. I am not feeling comfortable with this but again telling myself I am over reacting. I simply say politely that I have promised Cam we would go swimming and we need to get changed…which we did as soon as he had departed.

The main pool was splashing around all over the show due to the big waves so we headed for the hot tub instead – within 2 minutes our new ‘friend’ appears and gets in the hot tub with us. I can’t tell him to get out but am starting to feel really annoyed by this time. Then within minutes the alarm bells start ringing, he was SO ‘hands on’ with Cameron, and in return Cam starts getting a bit silly with him thinking it’s game and I have to stop them licking each other’s faces. As if that’s no gross enough I then see him lift Cam up so he is straddling his face with his legs dangling down his back. OK enough is enough – IF this man is a foster parent and looking to become a teacher he should know there are boundaries,…he very clearly doesn’t.

I tell Cam firmly it’s time to get out the pool, he’s not happy about it as he doesn’t understand why I am spoiling his fun, so I now have a sulky child to deal with as well.

Saturday was a port day and we have an excursion booked so we manage to avoid him 🙏🏻.

Sunday the ship have organised two Easter events for the kids, the first time in 8 days that there has been anything laid on for the kids and both are to be held in public areas of the ship. The first is egg decorating – there are only 4 kids on board but all attend with their parents and when they are done painting they run around and let off a bit of steam whilst the parents chat. Then who should appear but Elf! I politely say hello and then turn away very obviously and go back to chatting with another Mum so not to have to engage him in conversation. Instead of walking by though he stops and starts running around and playing tag with the 4 little kids who are aged 2,5,7 & 9. I don’t want to make a fuss as I have only just met these other parents so I let them all continue their game. When it’s time to leave he instantly follows us, I tell him “I’m sorry I have some work to do, we’ll see you another time”

Then comes the afternoon Easter Egg hunt for the kids and he turns up again, this time with some origami easter egg to try to impress Cameron. He again starts running around with the children and is touching them as they play tag and letting them climb all over him, with his hands and theirs going in all directions. This time I say to the two other Mums that are there “are you comfortable with this man playing with the kids like this??” They both reply “oh we had seem him with you and thought he was your HUSBAND!!!!!!! ” NO NO NO! I quickly explained what has been happening and instantly they call their children away from him. With the Easter Egg hunt over we all decide to retreat to the lecture theatre together to try and throw him off….but he follows and sits himself down beside the three children. arrrrrggghhh

At the end of the lecture he tries to follow us again. By this time one of the dads is also aware what is happening and tells him “do not follow our children”.

I have sent a twitter message to Holland America Line by this time who instantly came back to me and told me to report it to Guest Relations, which I did. One of the other Mums is also on the ship as a guest lecturer so she reported herself to the cruise director. Within minutes I was being interviewed by the ships security manager who took it very seriously and explained it’s not the first time that they have had this situation with ‘children in adult bodies’ he assured me he would speak to the man’s parents and report back to me.

He did exactly as promised and was on it quickly. However the feedback from the parents echoed (Elf’s) own story – he is a foster parent and soon to be training as a teacher, he is not autistic has no mental or known behaviour problems. His only disability is his eyesight problem. I cannot understand then how a man passed as a foster parent does not understand boundaries; follows a single mother and 7 yr old child around a ship for days, constantly knocking on the cabin door. Purposely follows us to the hot tub where he displays concerning physical contact with my son, something which is repeated today at two children’s events and now involving other children. This is not just a man who is great with kids – this is a man who does not understand boundaries at any level.

I am hoping the request of the security manager to the man’s parents telling him to now keep his distance will be adhered to because my stress and anxiety levels have been through the roof these last few days. I have been hiding us away in our cabin at every opportunity and have been in tears with worry knowing that this is a long cruise with many consecutive sea days still to follow!

However it’s small ship and I am sure we can’t avoid him completely, but with no kids club on board there is no safe area where the children can play without the guarantee of him appearing or even watching them.

I can’s speak highly enough for the guest relations staff or security manager today as they took this matter extremely seriously and were on the case within minutes.

It does highlight however the need for a kids club and even if it’s not manned by the ships staff AT LEAST let our children still have use of the area with parental supervision so our children can all enjoy the cruise happily and SAFELY. (The kids club area on this cruise has apparently been turned into a meeting room for the onboard guest lecturers!)