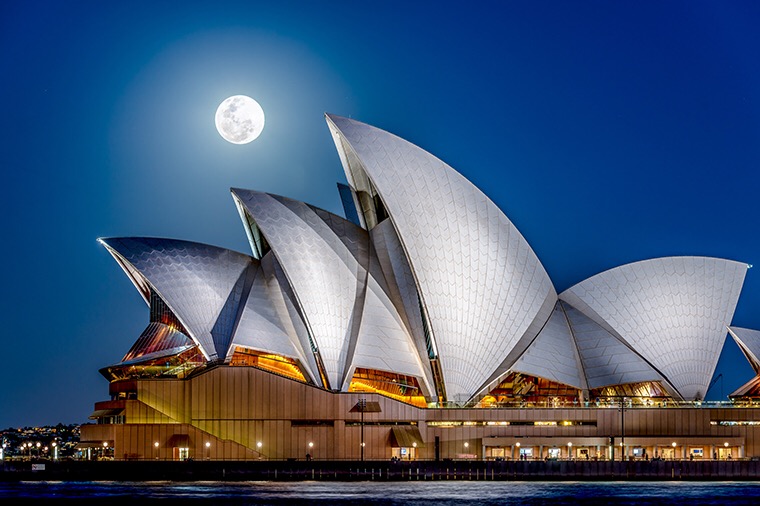 I seem to have spent a LOT of time on line recently making plans for our Gap Year itinerary, I have learned a lot about travel in a short space of time, (especially the fact that child prices are almost non-existent when you are a one parent family!!) I have also learned a lot about myself too. Where I started out by saying “yes we’re happy to slum it” I have actually realised that I’m not! – I don’t mind basic, however at the age of 47 and living a reasonably comfortable life I have discovered that I am too old and long in the tooth for shared dormitories and bathrooms as much as I want to socialise and for both Cameron and I to meet new people and make friends along the way. However as soon as I read hotel reviews which so much as mention the words “grubby, dirty, musky, damp, mildew, cockroaches” etc I instantly turn off and am immediately looking for something with at least an extra star, which also inadvertently means extra £’s too. I never realised I had become such a travel snob, but alas I have and this also means I am eating through my budget faster than Pac-Man eats yellow dots (am I showing my age??!)

I have also been very aware that I shall be making this trip with a 6 yr old child and most importantly I want him to be as relaxed, comfortable and stress free as possible. My itinerary may have been quite different had I been travelling entirely alone or with another adult, but Cameron’s enjoyment and whole sensory perception of this whole experience is my no. 1 priority from start to finish

By wanting slightly better accommodation this means I have had to make sacrifices in other areas, I started off saying “I want to go here, there and everywhere” but have had to reign this in quite a lot. By reducing the number of flight stops we made we also reduced our Round the World flight ticket costs from over £8000 to £4000 for two of us, and flying every sector in Premium Economy (I’ll break down the sectors for this later in the blog). I have to say however that having meticulously trawled through virtually every individual airline and flight comparison website, none even came close to the prices which I got from phoning ‘Round the World Flights’ http://www.roundtheworldflights.com

As I may have mentioned in an earlier blog, for the remainder of this year I have to do a bit of flying to & fro the U.K. in between our trips in order to honour some training courses I am scheduled to run and to conduct a couple of weddings which have had long term bookings. Come the New Year however we can take off for a longer period of time and circumnavigate the globe whilst I get my wonderful associate trainers in to cover my courses. (If you are interested in what training I offer then just visit http://www.celebranttraining.org.uk)

My son breaks up from school on 6th July and on 7th July we will board a British Airways flight to Dubai (this flight has the added bonus of being FREE as was paid for with my Avios points – beware that free doesn’t actually mean no charge however, as although the airline do not charge you will still have to pay taxes and surcharges)

This will be my 4th time in Dubai, and having stayed at the Atlantis on the Palm for the last 3 occasions we are going to try an alternative and stay down on the Marina this time. I am quite familiar with Dubai and love seeing the face of it change every single time I go. It’s not somewhere I would want to spend a long period of time all in one go, but certainly for breaks it is impossible to get bored. We will in fact only be there for 1 week as it was a pre-booked holiday before we decided to take the Gap Year. 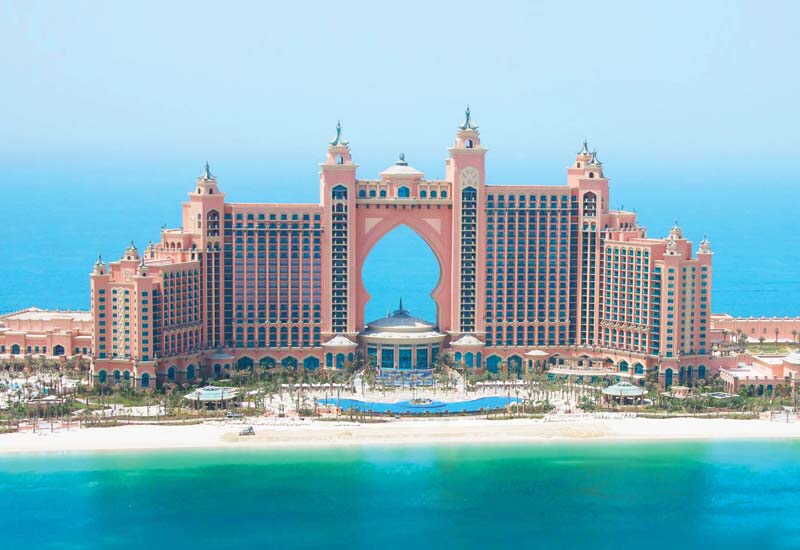 The remainder of July and August will probably be spent doing shorter hops across to Europe and also fitting in a visit to my parents in Wales, between my busiest month of Weddings and Training.

The beginning of September will actually see me ‘swap’ children, leaving my son back in England for once and taking my daughter to Vegas for a week to celebrate her 21st Birthday. We will stay at the Bellagio hotel, famous for its dancing water displays. 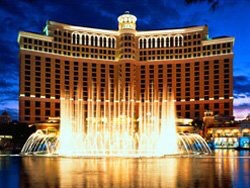 It’s then another quick trip back to the U.K. to ‘re-swap’ my children and at the end of September Cameron and I will fly out to Vancouver where we will stay for a week before crossing the Rocky Mountains on the Rocky Mountaineer train (big tick on the bucket list!) and over a period of 4 weeks will travel to Banff, Lake Louise, Calgary, Toronto, Niagara Falls, Albany and New York City where we will eventually fly home from. 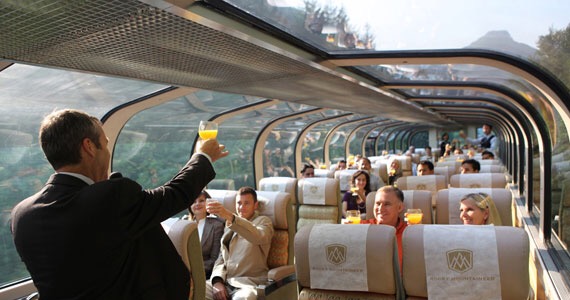 November will see us back in the U.K. to re-group and run another training course.

December we will be heading back to the skies and crossing the Atlantic AGAIN to Chicago. After a few days here we will board the overnight Amtrak sleeper train down to Memphis (big tick on Cameron’s bucket list) where we will visit Graceland and The Casey Jones Village & Museum to name but a few. It should be said at this stage that Cameron is completely train obsessed and fascinated by the story of Railroad engineer Casey Jones as demonstrated in his cover version of Johnny Cash’s original song……

After a few days in Memphis we will re-board the Amtrak train, this time by day and follow the Mississippi River down to New Orleans. Our last few land based days of the year will be spent in New Orleans before we board a cruise ship ‘The Carnival Dream’ and sail around the Caribbean for Christmas with ports including Jamaica, Grand Cayman and Cozumel in Mexico. 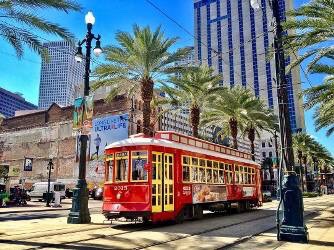 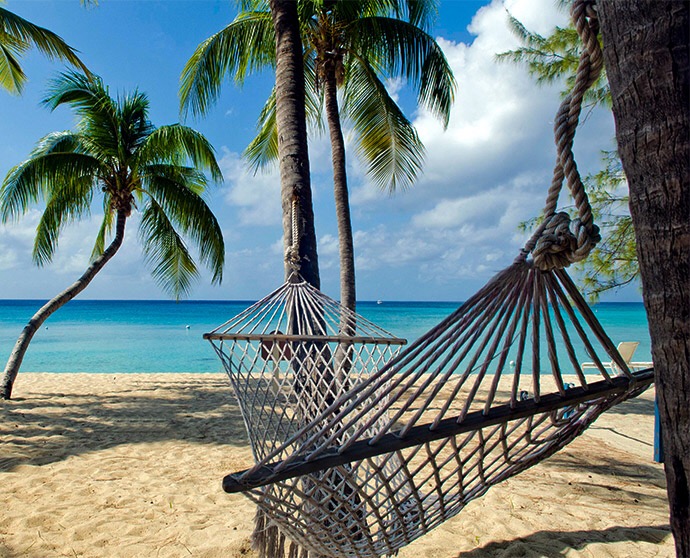 We will then return to port in New Orleans before flying home to the U.K. just in time to enjoy a slightly belated Christmas Dinner early in the New Year.

A New Year also means I can get away for a much longer period of time without having to keep coming back to the U.K.

So our itinerary for 2019 (so far….) is as follows…and this is where our ’round the world’ flight ticket starts.

End of January, fly London Heathrow to Kuala Lumpar where we will spend two weeks.

The next flight is only a short hop and will be from Kuala Lumpar to Singapore where we will spend a further two weeks. 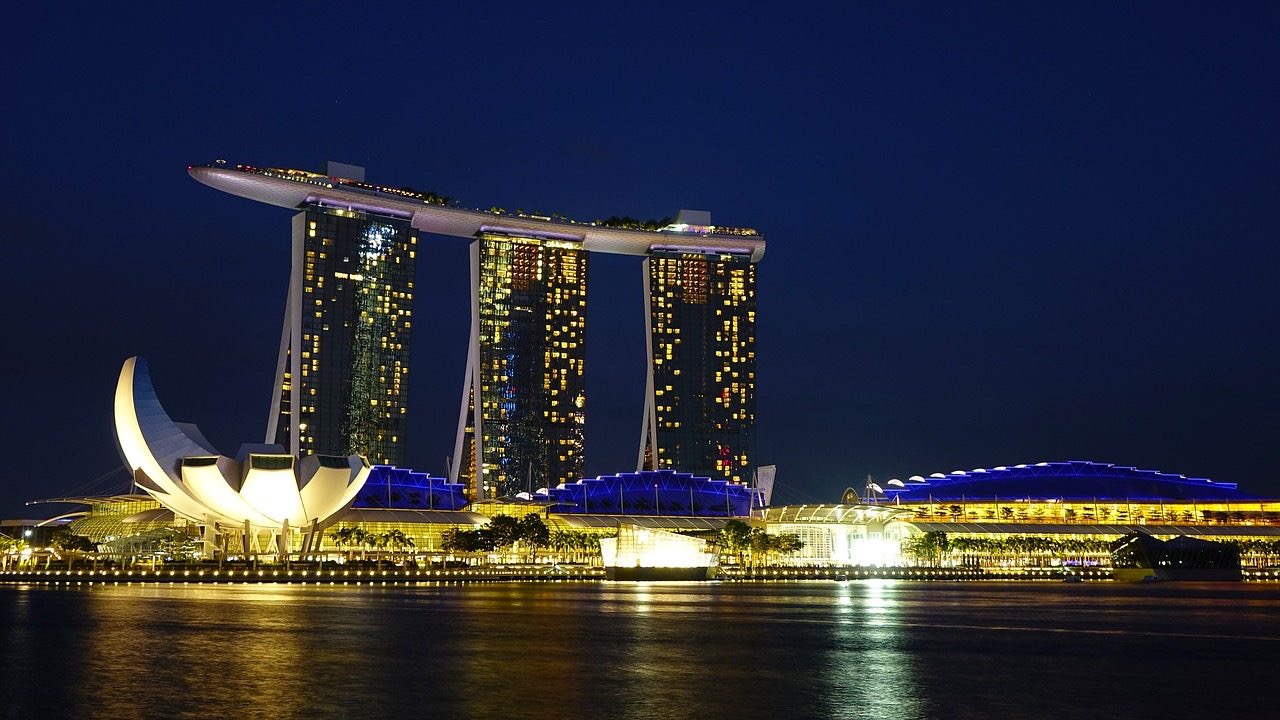 From Singapore we will fly to Sydney, Australia, where we will spend yet another two weeks exploring the city, the beaches and the Blue Mountains. (I am particularly excited about exploring this area as my Mum lived in Sydney for two years after sailing out of England in 1964 on the £10 package and has spoken about it so fondly for all of these years) 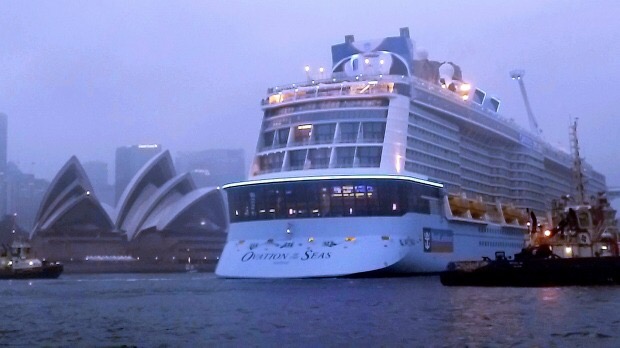 Ovation of the Seas – Royal Caribbean

We will then sail out of Sydney on Royal Caribbean’s new ship ‘Ovation of the Seas’. We shall be heading out for a two week cruise of New Zealand circumnavigating both the North and the South Islands and taking in the spectacular wonders of Dusky & Doubtful Sound and Milford Sound. 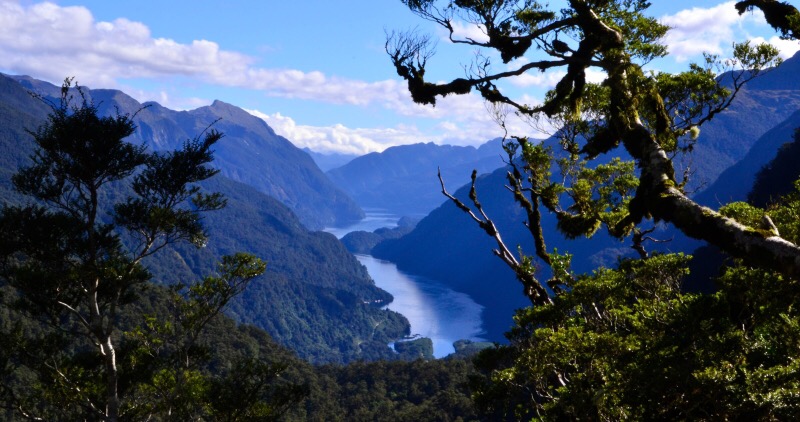 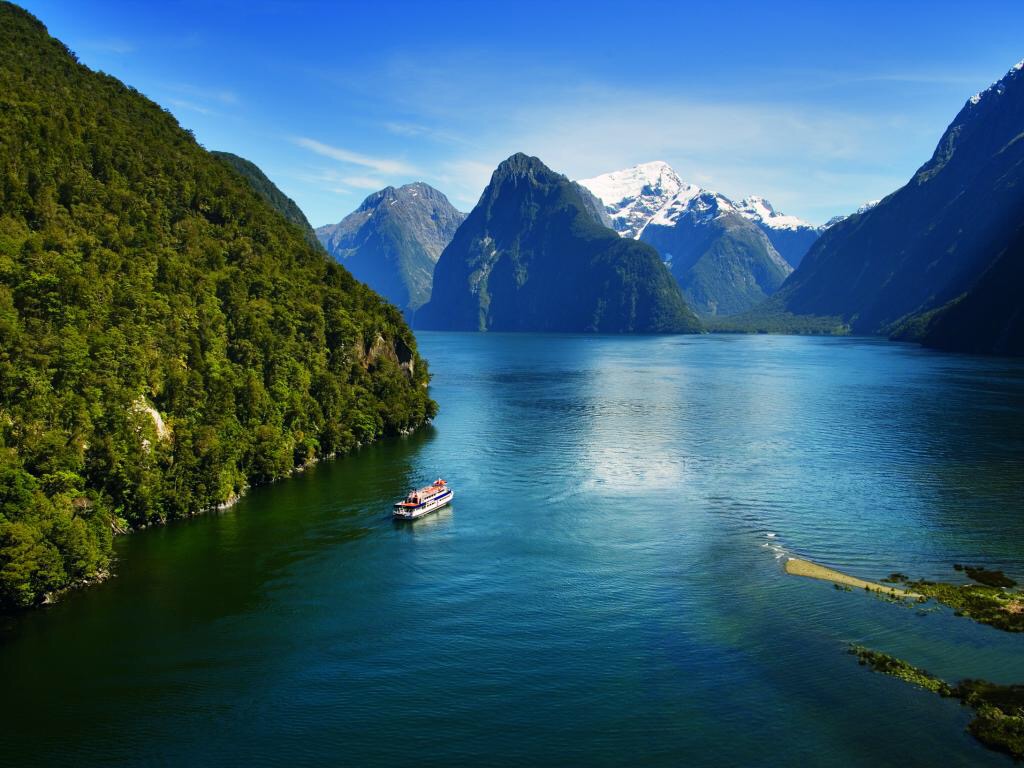 Our cruise will return to Sydney Harbour where we will go directly to airport and fly up to Brisbane where we will stay in nearby Scarborough with a great friend of mine(& his family) who I used to work but not seen in over 16 years! Our week in Brisbane will see us being able to explore not only the City itself but the Gold Coast and Sunshine Coast. A trip to this area of course would not be complete when travelling with a child without visiting Australia Zoo, founded by the legend that was the late Steve Irwin. 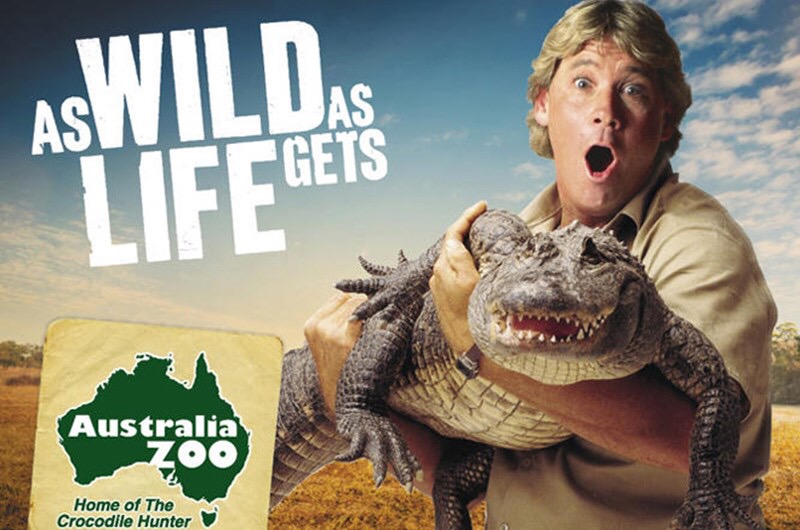 We will then fly up to Cairns and spend 3 days in Cairns itself and a further 8 days up in Port Douglas exploring the Great Barrier Reef and the surrounding rain forests. It will absolutely be the best of both worlds. If I am feeling REALLY brave I will even take the Kuranda Skyrail, but may well need a few stiff G&T’s first! 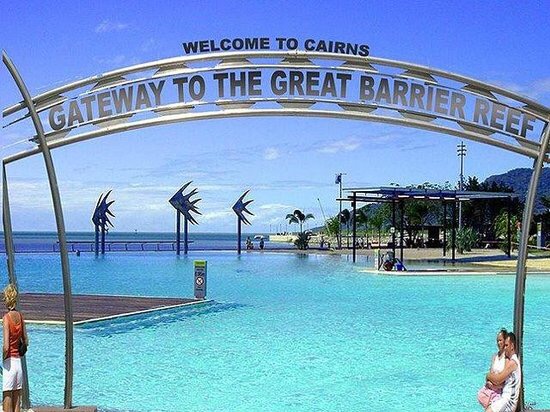 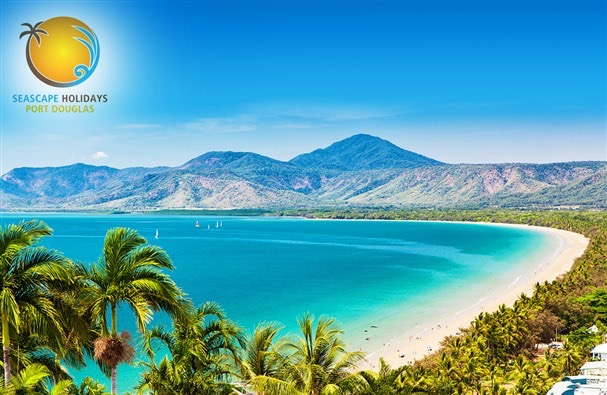 Above: Port Douglas, where the Daintree Rainforest meets the Coral Seas leading out to the Great Barrier Reef.

From Cairns we will be flying to Ayres Rock / Uluru (another massive tick on the bucket list having wanted to visit since I was a child) I feel strangely emotional about this for some reason and especially when I enrolled Cameron into a nighttime star gazing session, and aboriginal art class there as part of his World Schooling. I am beyond excited about how much he is going to learn and absorb within these next 12 months!

It will be a sad farewell to Uluru but from here we will fly to Auckland, New Zealand and after 4 days exploring the city we embark Cruise Ship number 3, The MS Maasdam, a smaller and quieter ship to the other two we shall be sailing on, but the route we are taking Transpacific was by far the best as was the price £ for £. This will be a 24 night cruise from Auckland to San Francisco but docking at 10 South Pacific Islands along the way including Roratonga in the Cook Islands, Tahiti, Bora Bora and several others which I admit I had never ever heard off. Got to confess the South Pacific is another bucket list destination to tick off though! 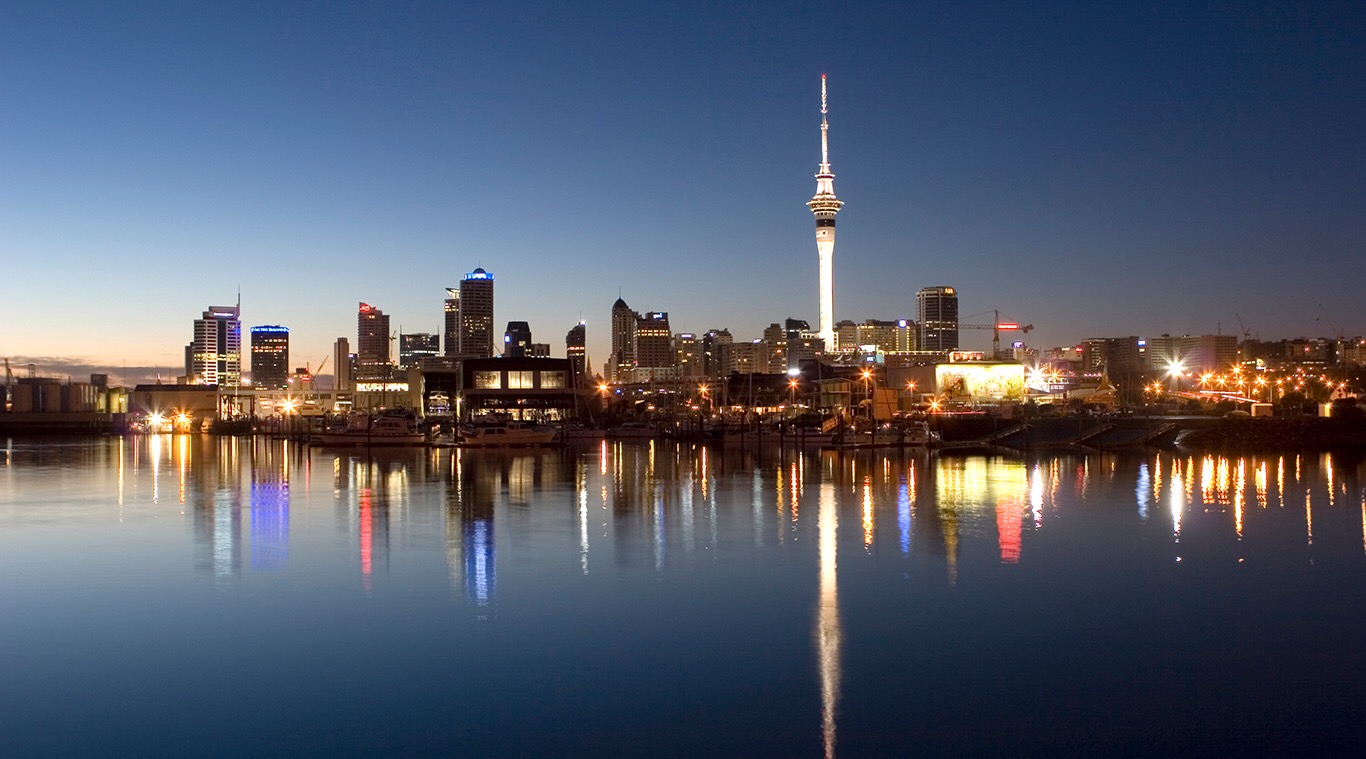 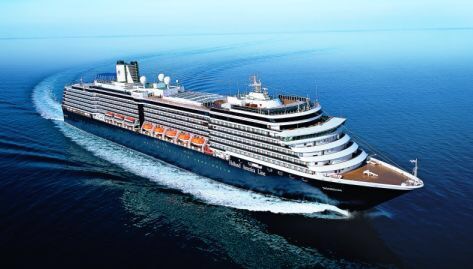 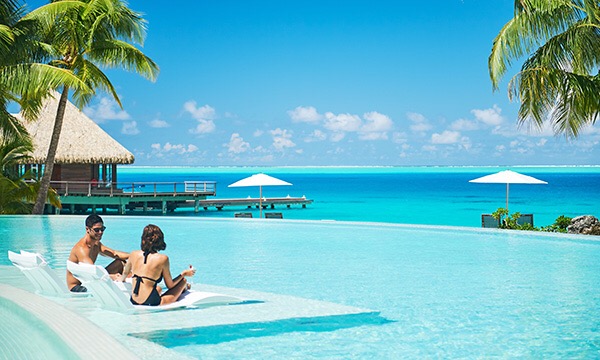 Our Transpacific cruise will end as we sail under the Golden Gate Bridge in San Francisco, a poignant city for this voyage to end as it is the city where my brother lived for the last 12 years of his life and died in 2002 at the age of just 37. I have a feeling I shall shed a few tears as we sail in that morning. 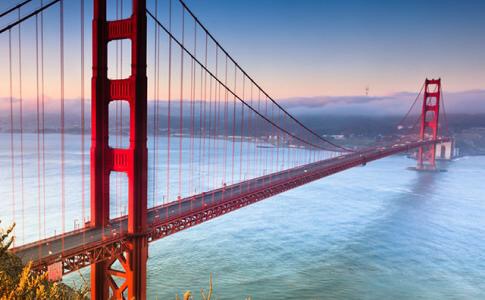 It won’t quite be the end of our adventure though, we currently have an open ticket to fly back from SFO so can spend a few more days/weeks (months if we don’t want to go home!) exploring the Bay Area, Yosemite National Park and anywhere else which takes our fancy. I am ‘hoping’ my daughter will also fly out to re-join us for this part 😀

We hope you will come along for the ride and follow all of our blogs and vlogs along the way.

Round the World Flight<

The Rail Trip from Chicago to New Orleans followed by Caribbean Cruise was an all in package inc flights, rail, hotels and cruise. Booked with Iglu Cruises: http://www.iglucruises.co.uk<

New Zealand and Transpacific/Polynesian Cruise are both booked viaCruise 1st:

Internal Flights, accommodation and several excursions throughout Australia booked with: