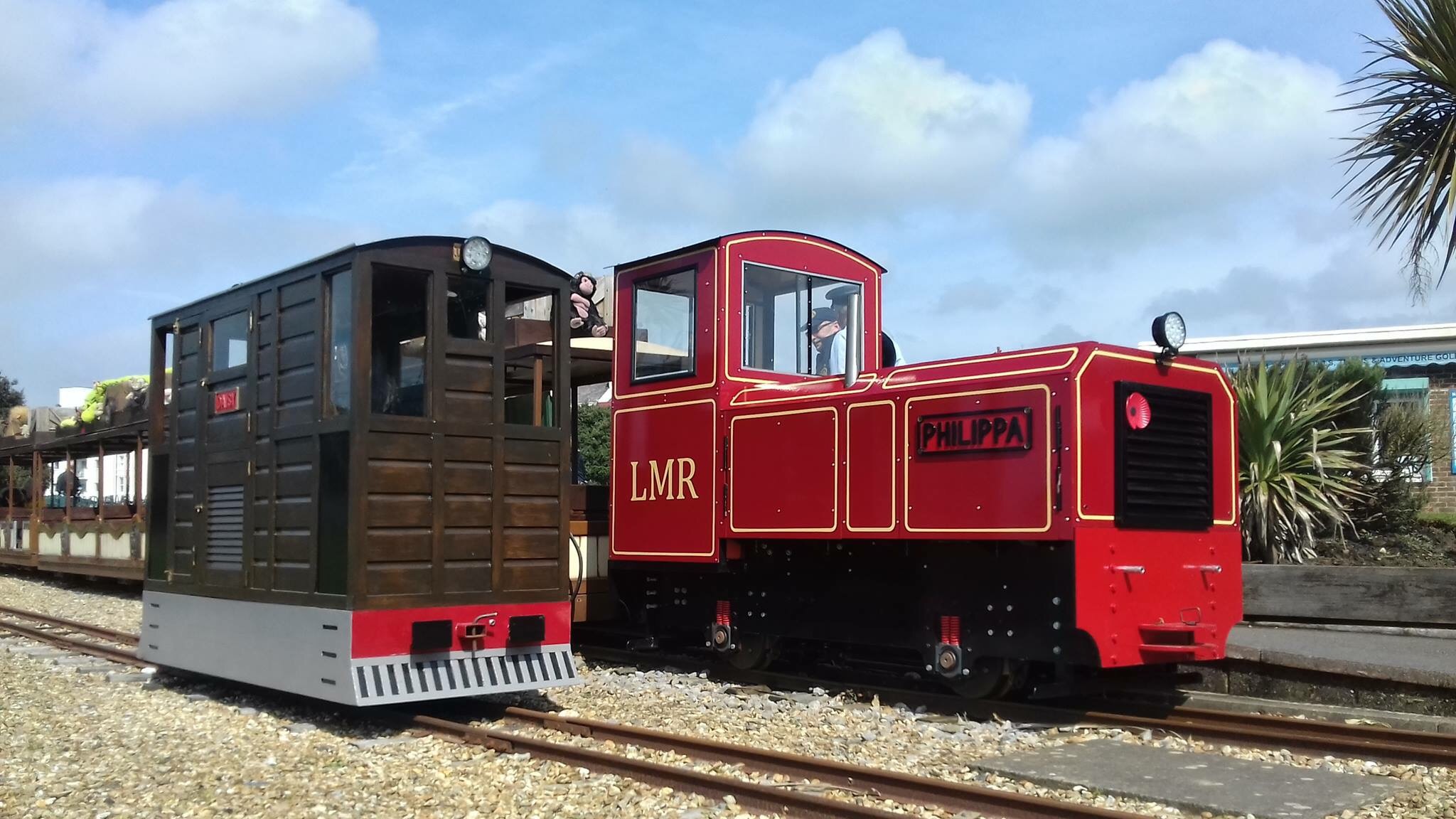 Whilst I am a self confessed Travel Addict, I also feel very blessed to have my roots in West Sussex. Being nestled between the South Downs and the Sea, I really do have the best of both worlds.

Just a few miles along the coast from my home town of Worthing lies the seaside town of Littlehampton. It is here you will find hidden gem which is Mewsbrook Park, home to Littlehampton Miniature Railway. I refer to the park as a ‘hidden gem’ as so many people I know who live only a few miles away don’t even know it exists. 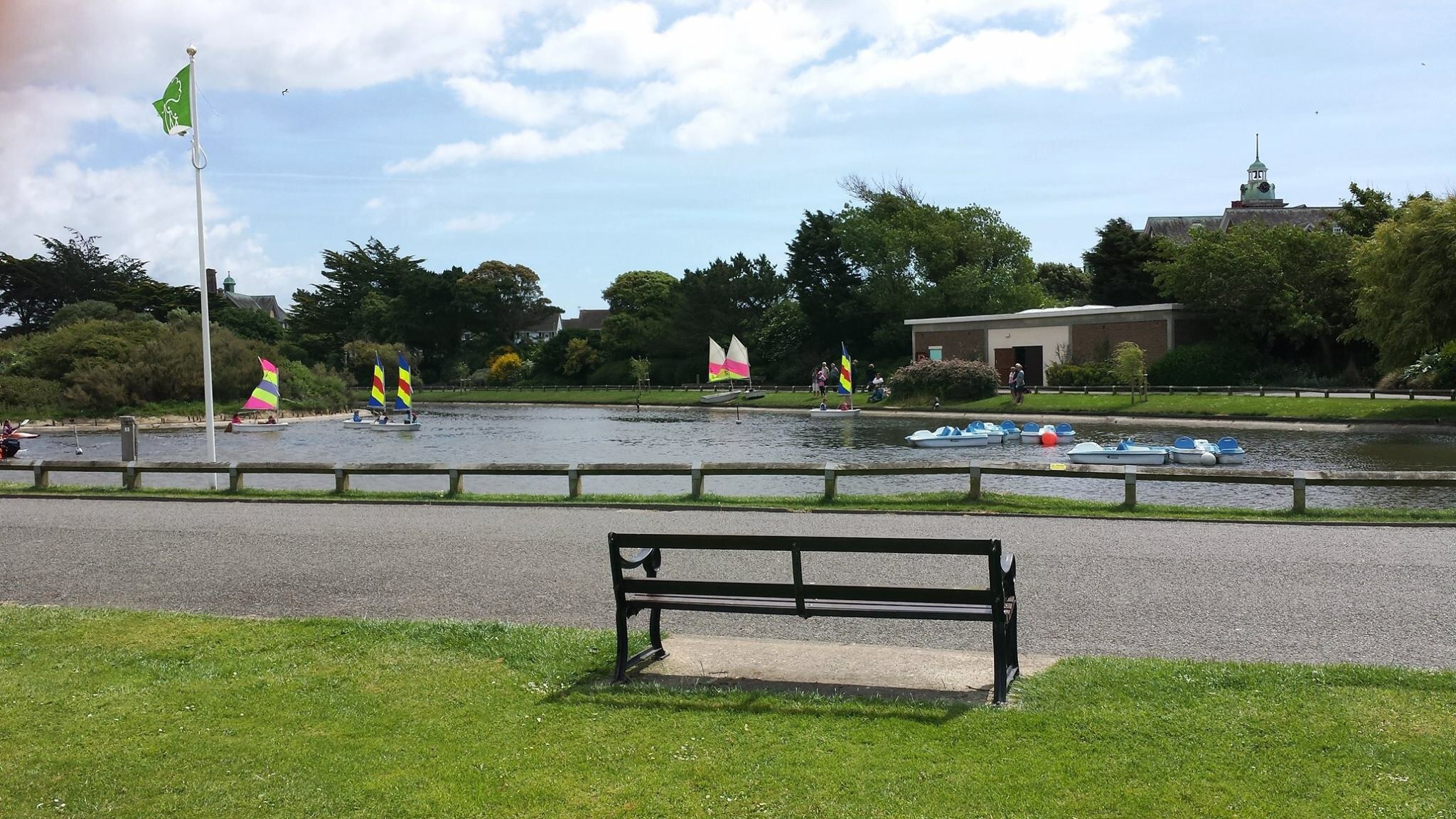 Mewsbrook Park is just steps away from Littlehampton Seafront, and is situation directly next door to the swimming centre which is currently being completely re-built and no doubt the opening of the new centre will attract both locals and holiday makers alike. So why not combine your trip with a visit to the park and Railway as well.

The centre of the park features a two and a quarter acre lake and visitors have the opportunity to try out the boats and large peddaloes. The latter being modelled as oversized Swans & Dragons which of course are loved by children young or old alike. There is a beautiful walk around the lake which is popular with dog walkers and a great play area at the back for the kids.

On and around the lake you will also find plenty of ducks, swans and other bird life. 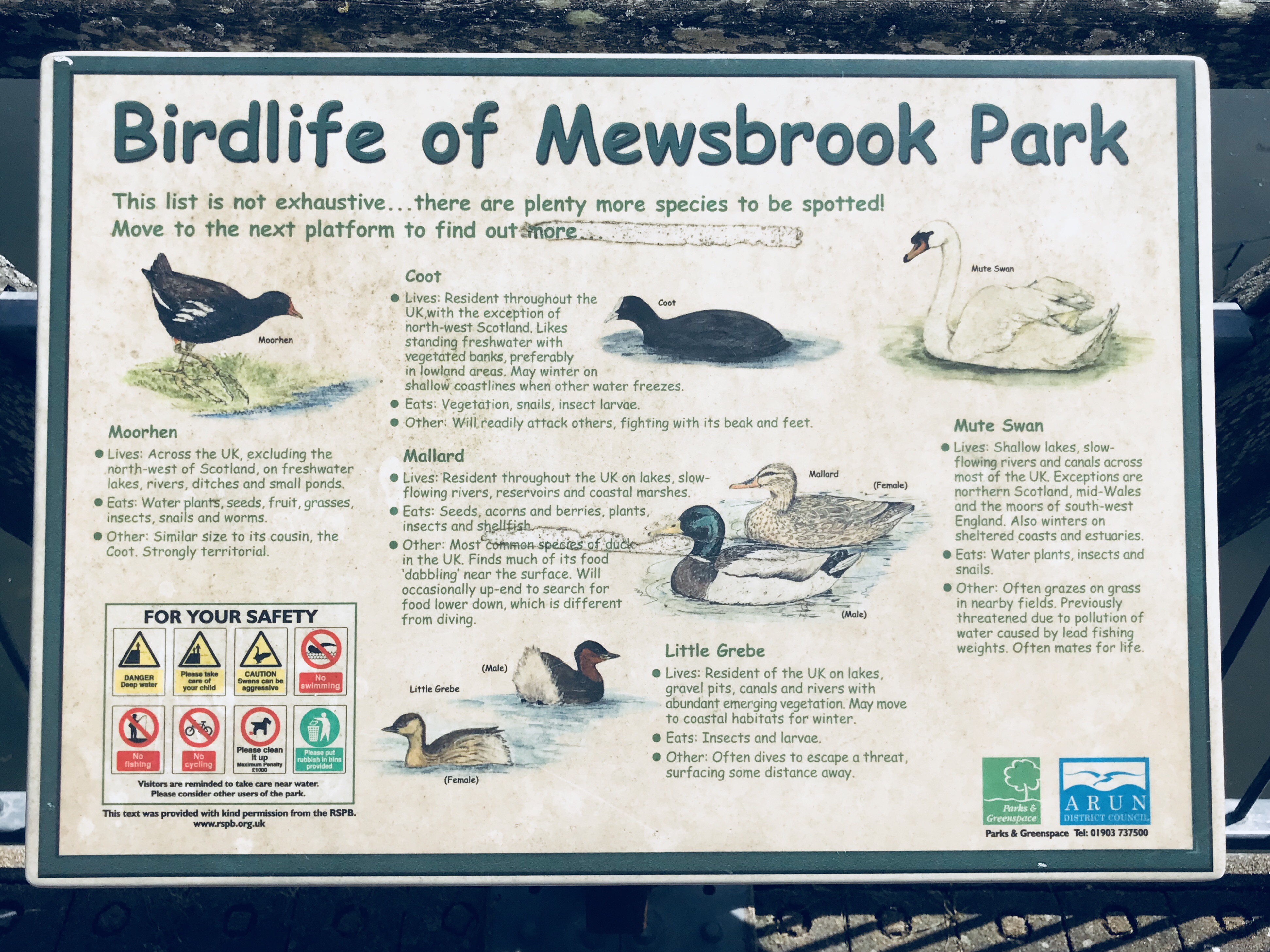 When you are in need of refreshment you have two choices: 1) Bring a picnic and enjoying sitting out on the grass. 2) Head to Mewsbrook Park Cafe which has seating area both inside and out. Whether you just want a cup of tea and a tea cake or something more substantial, the cafe has an extensive menu at affordable prices. You will also find there one of the largest choices I have ever seen in local ice cream. I am still working my way through the numerous selections so yet to decide which is my favourite….Rhubarb & Custard is definitely leading the way at the moment!! 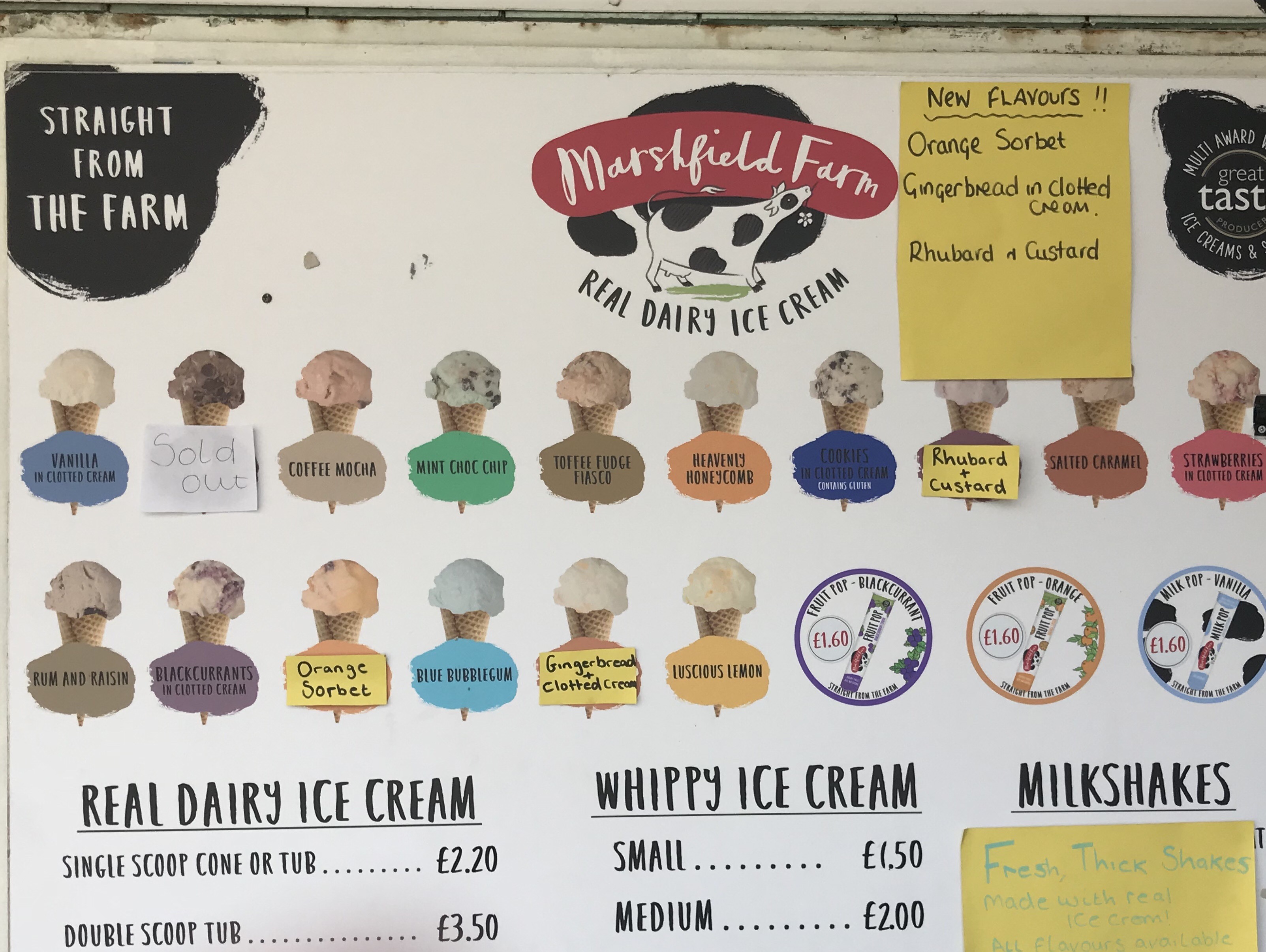 There is a second board with even more flavours!!!

Oh and did I mention that they even serve Ice Cream for dogs? …… 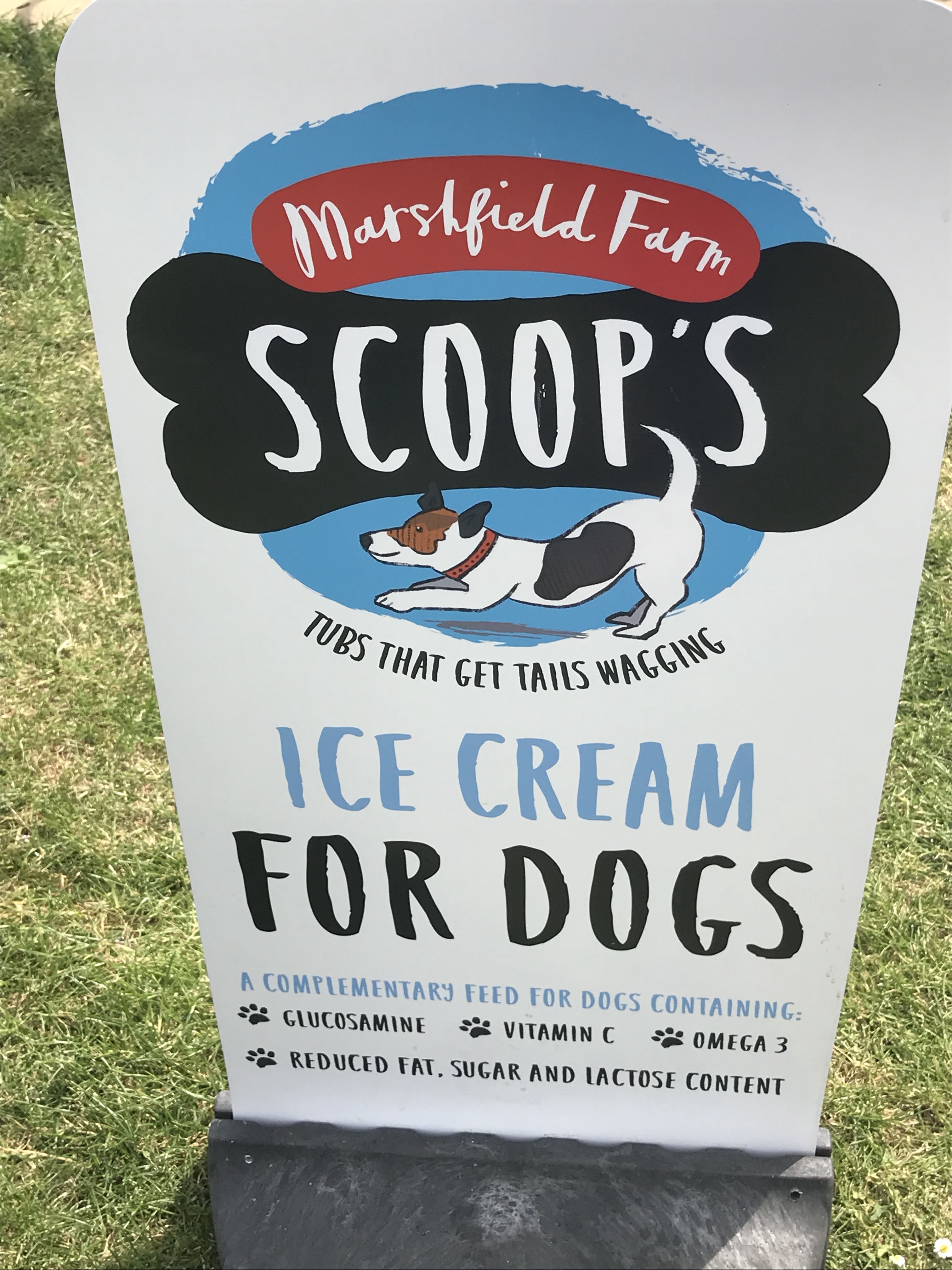 For my 6 year old son however the highlight of every trip to Mewsbrook Park is a visit to the Littlehampton Miniature Railway. The Railway truly is a hidden gem and I am amazed how many people don’t know it’s even there!

The Railway has just celebrated its 70th Birthday with a wonderful Gala weekend (June 2018). The highlight of the weekend being a visiting steam engine ‘Sherpa’ loaned to them for the occasion by the Fairbourne Railway in North Wales. 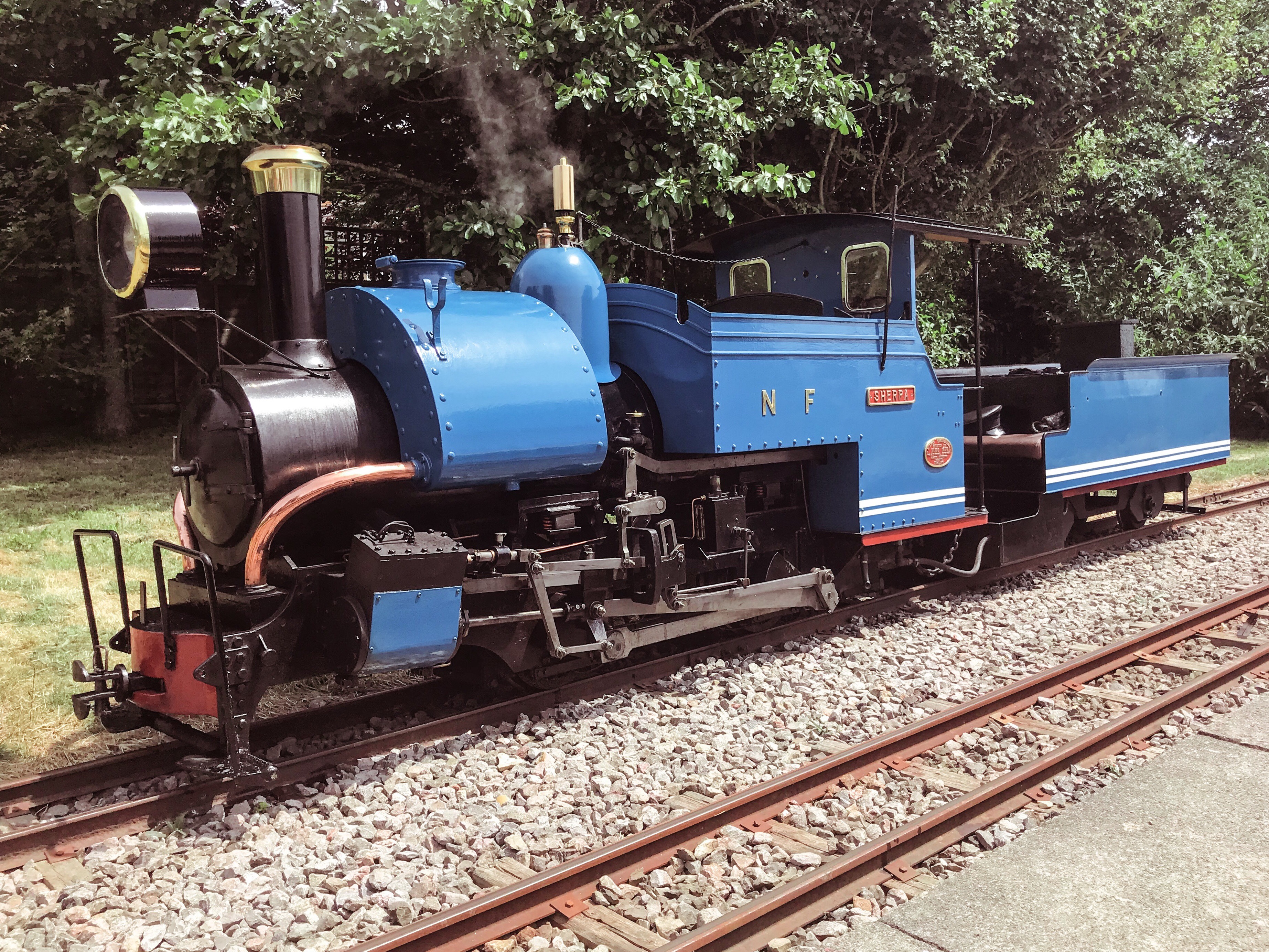 ‘Sherpa’ loaned to Littlehampton Miniature Railway for the 70th Anniversary Gala drew in crowds from near and far.

Littlehampton Miniature Railway (L.M.R.) is the oldest 12 1/4 gauge Railway in the U.K. and is run entirely by volunteer staff, and supported by a team of enthusiastic members.

Although L.M.R. do not currently have their own resident steam engine, they do have two diesel engines ‘ Philippa & Albert’ ,a Petrol Hydraulic Tram Engine ‘Daisy’ and a set of coaches currently done up as a Safari train. 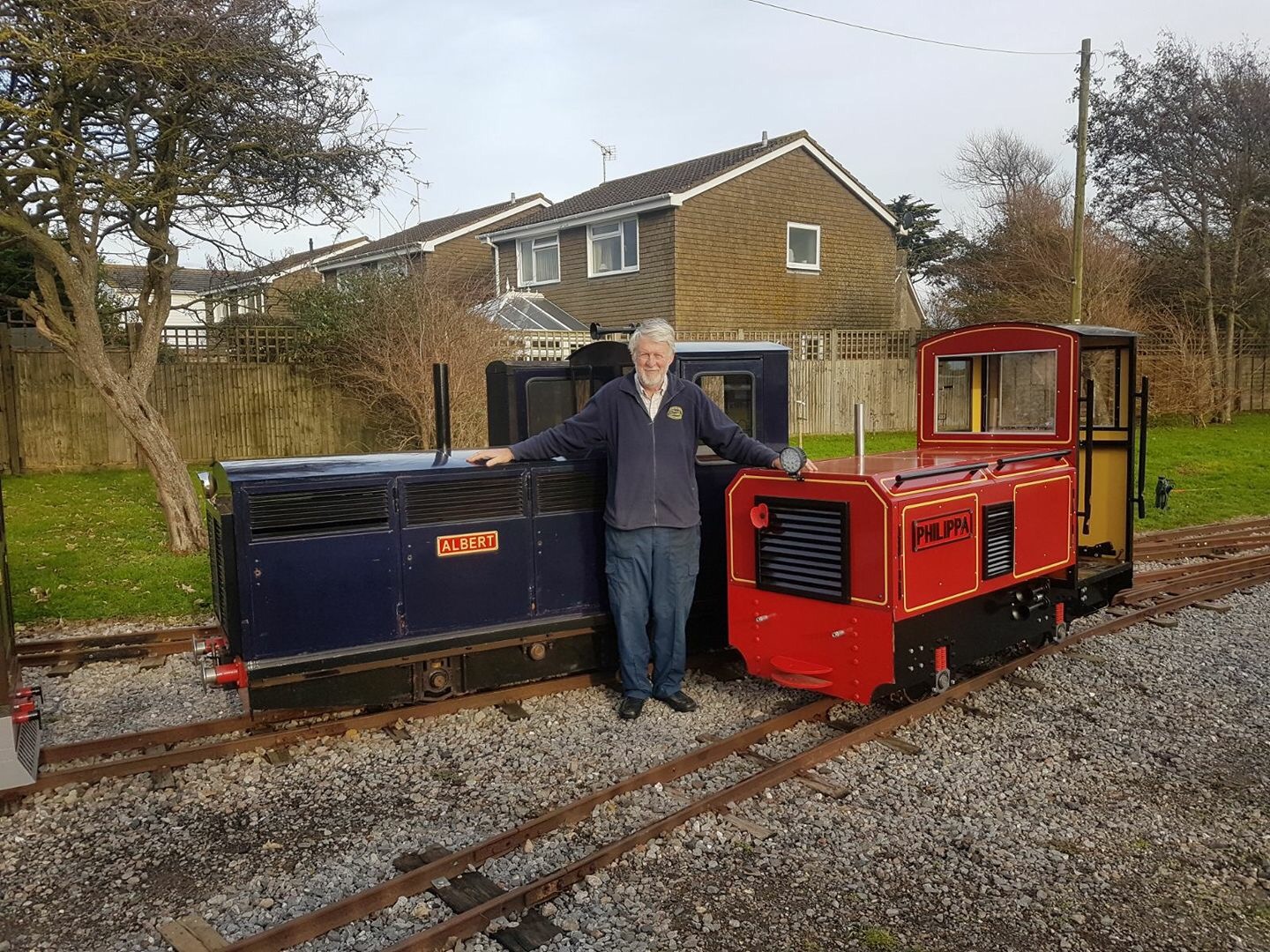 L.M.R. runs throughout the spring & summer months at weekends and school holidays, in additional to that they also run late night trains for the Littlehampton Bonfire Celebrations and Santa specials. Full timetables can be run on their website http://www.littlehamptonminiaturerailway.com 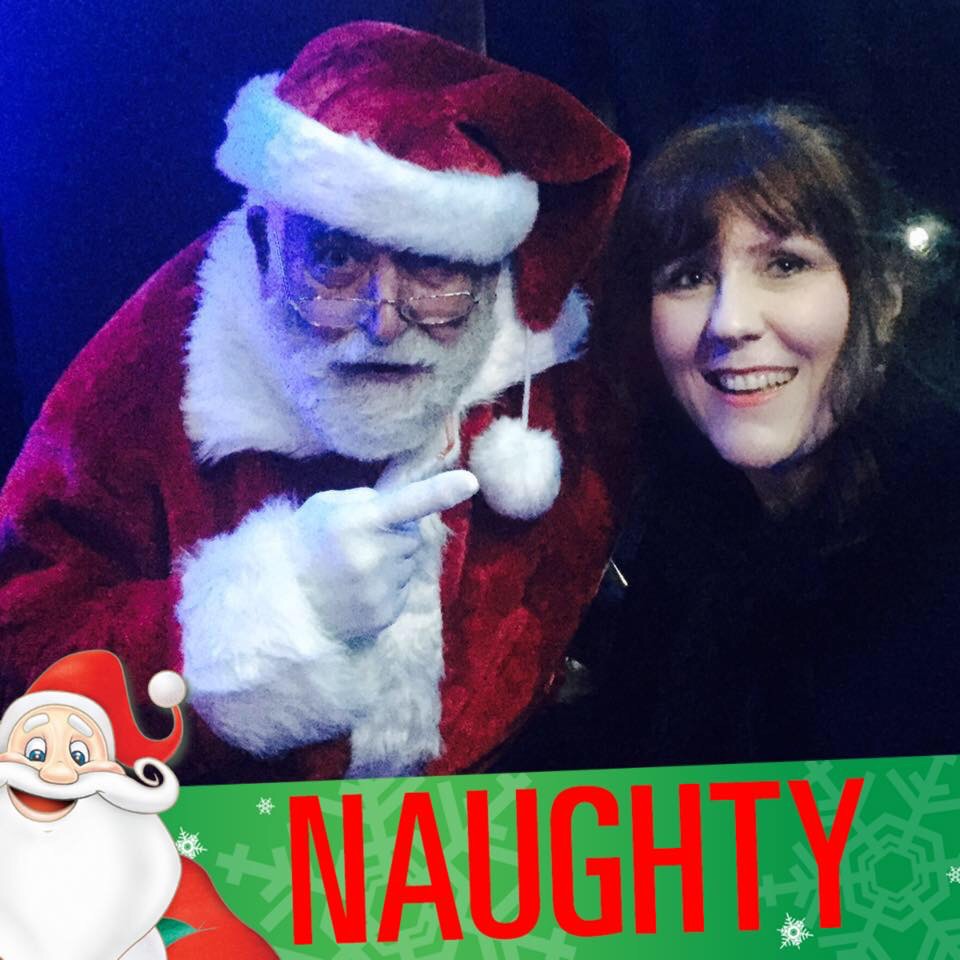 Sometimes even Mum gets to sit on Santa’s knee at Littlehampton Miniature Railway!

Trains run between Mewsbrook Park and Norfolk Gardens where you will find another cafe and mini-golf.

Tickets prices are as follows:

Alternatively for the more regular visitors there is the opportunity to take advanced of annual members, priced as follows:

Members can get unlimited free travel, space permitting as well as advance bookings on the Santa Specials.

Members also have the opportunity to get actively involved in helping to run the railway if they do wish.

My 6 yr old son is obsessed with trains and to be honest he would probably go to L.M.R. every day given the opportunity. The staff there are always so friendly and welcoming though and there is nothing I like more than to see my son engaged in something which he is so passionate about. It sure beats being stuck indoors on a Play Station all day. 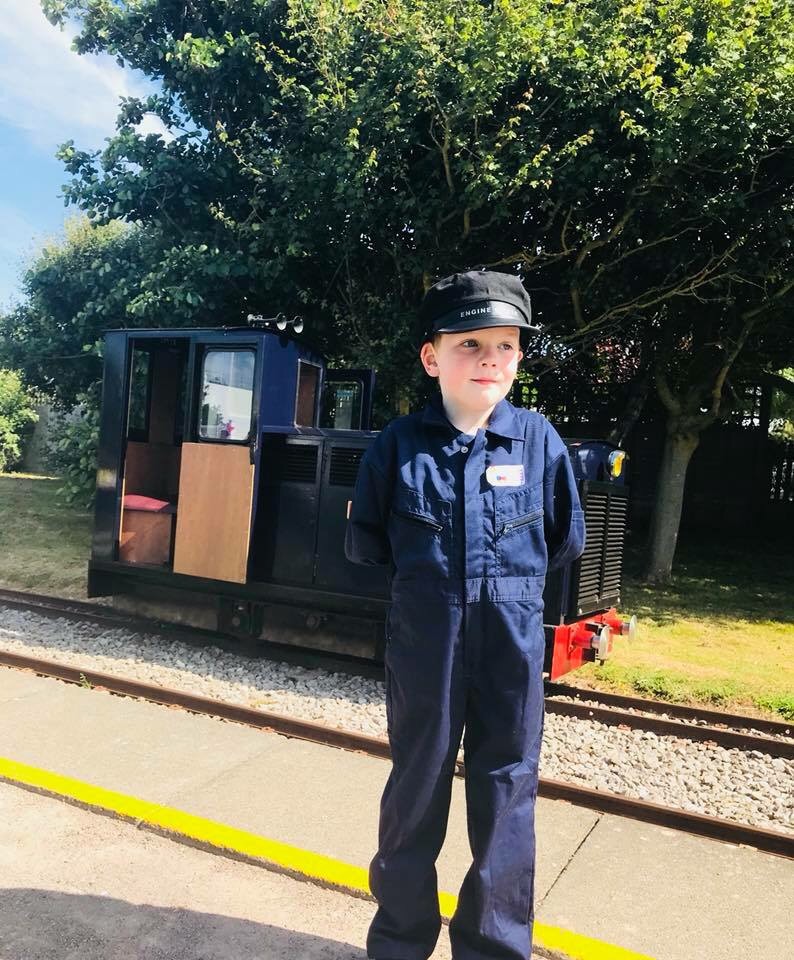 So go on Mums and Dads – looking for something to do with the kids?? Take them down to Mewsbrook Park, have a paddle on the boats, an ice cream in Mewsbrook Park Cafe and a ride on the train at Littlehampton Miniature Railway. Your kids will love you for it! 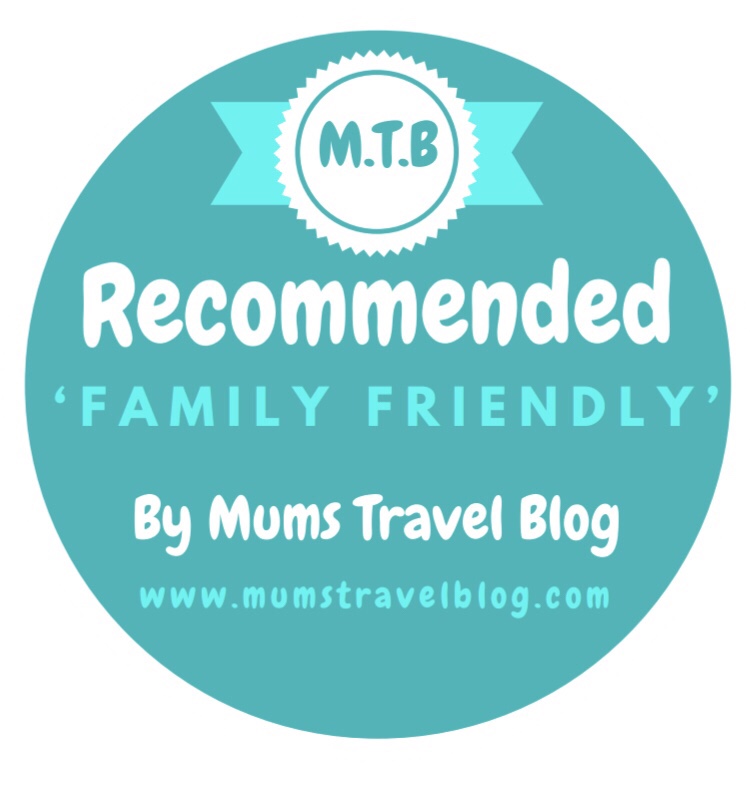