“What happens in Vegas, stays in Vegas”

OK, I’m not gonna lie, I spent 48 hrs in Vegas 7 yrs ago and at the time that was quite enough for me to be able to add it to my list of ‘been there, done that’. I enjoyed the time I spent there, but that was enough – however when I asked my daughter Georgia what she wanted to do for her 21st Birthday, she replied “Can we go to Vegas please” and suddenly here we were (her choice, not mine!)

Vegas has a very strange energy to it though, the main ‘strip’ set within the perimeters of the Nevada dessert, it truly is like you are in a parallel universe, somewhere which is completely cut off from the rest of the world. It is a place where many, many people travel to from all over the globe to mark various rites of passage: birthdays, stag do’s, hen do’s and what appears to be a conveyor belt of mass produced Weddings, there wasn’t one single occasion when we walked through the lobby area of our hotel (The Bellagio) that we didn’t see ‘at least’ 3 brides, either coming or going from the hotel. The Bellagio alone has two wedding chapels, not to mention all the other hotels and little chapels scattered around the suburbs. Personally I cannot think of a worse place to get married, but clearly many people disagree with me, because Weddings in Vegas are big, big business.

If you thought that New York was the City that doesn’t sleep then you should come to Las Vegas, bars, clubs, pool parties and shows galore. Vegas doesn’t just come to life at night, it comes to light – the whole strip lights up and although we didn’t take the trip, there are helicopters flying up and down the strip all evening. Vegas truly is spectacular at night.

It was a 10 hr flight from London to Vegas but as it was Georgia’s 21st I treated us to an upgrade to Virgin Premium economy and it has to be said that the extra legroom on a flight that long is worth every penny! – well it is when you’re 5’10”. 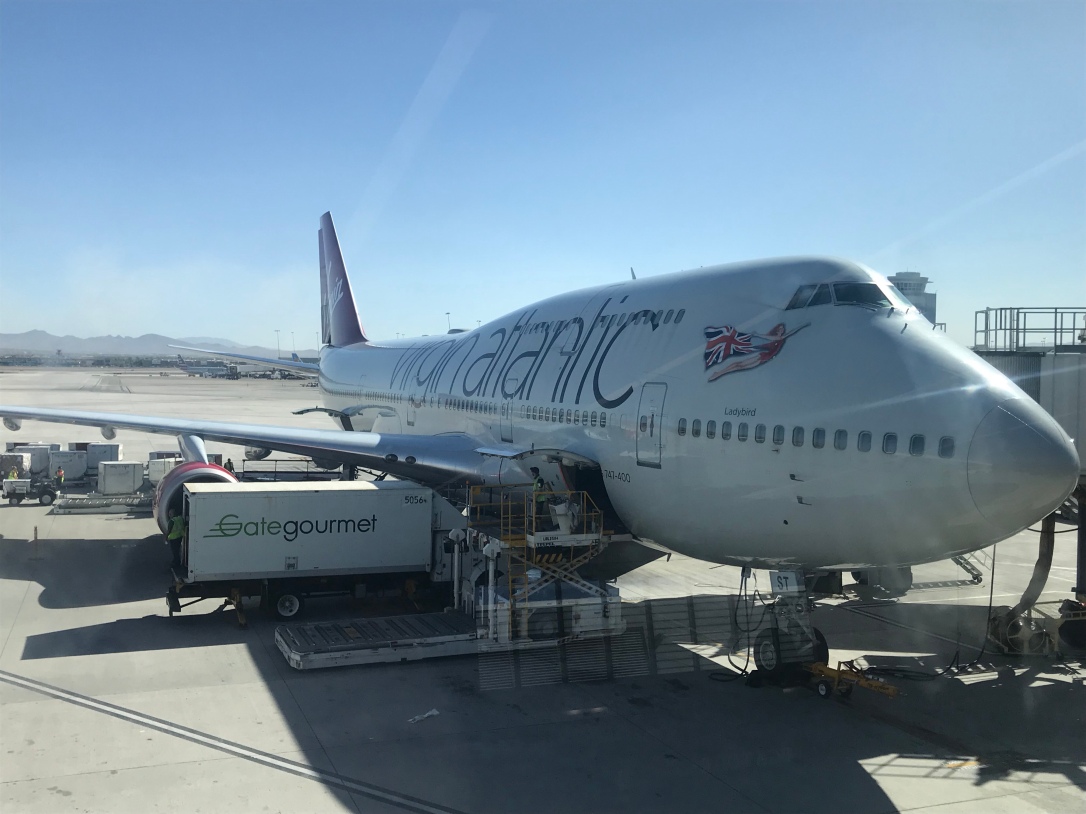 The first couple of days in Vegas were an endless stream of retail therapy, it is hard not to. Even though everything is generally quite a bit cheaper in the U.S.A. we still both spent far too much money, flying out with 2 suitcases and coming home with 4!!

Even though Georgia is not really a big drinker, it seemed like special rite of passage for her to be in the U.S.A. so that for the second time in three years she could cross over that threshold of being able to ‘legally’ drink.

We had fully intended on having a flutter in the casinos too, but quickly came to realise that there were some very serious gamblers sitting around the tables and as complete novices to it we were concerned we would like complete dunces and lose every cent so in the end we decided against it, purely on the basis that we didn’t have a clue what we were doing!!

The highlight for Georgia was her two Uncles making a road trip from Palm Springs and turning up at the hotel room complete with chocolate cake to surprise her for her 21st. I had been planning it for weeks but she didn’t have a clue, we hadn’t seen them for over 7 years so there were a few happy tears shed on their arrival. What’s a wonderful day we then spent together, we drove out to the Hoover and then had lunch in a wonderful roadside restaurant in Boulder City. I have to admit I loved getting out of Vegas for the day and seeing some truly spectacular scenery, made by mother nature’s fair hand. (and before anyone comments, I know the Hoover Dam is man made!)

The other highlight of the trip was going to the top of The Stratosphere, the viewing platform is 109 floors and over 1000 ft up, which is a bit daunting in itself for someone like me who hates heights, but hey, when in Rome…or Vegas, it has to be done. The top of the Stratosphere houses some pretty hair raising rides, I was not brave enough to ride any of them, or you can do a controlled free-fall from the top on a wire…we didn’t attempt that one either, it was fun to watch those who were crazy enough to launch themselves off the top however. It’s well worth a trip to the top as the 360 degree views over Vegas and Nevada were pretty awesome.

Oh, and what I mustn’t forget to mention is the Cirque du Soleil show ‘O’ which we saw at the Bellagio. I cannot recommend this show highly enough, it was breathtaking and mesmerising, the set, the diving, the dancing, the stage craft – absolutely incredible. I would say this is a MUST for anyone visiting Vegas.

Cameron (my 6 yr old) got left behind for this trip and as much as I missed him I was glad we didn’t take him, I would not recommend Vegas as a place to take younger children.

I am not sure I would rush to return, but I still enjoyed every minute we spent there and we made wonderful memories for Georgia’s 21st which I hope she remembers for the rest of her life. I know that I will.