As I think I have mentioned earlier Graceland has been on my bucket list for many years. I have always been a huge fan of Elvis and pretty much for as far back as I can remember my Dad has been telling me how he shared his birthday with The King – both born on 8th January 1935, and as Dad says “We were both born under the same star sign but Elvis got the fame & fortune, whilst I got the good looks!” hmmmmmm !!!!

In all honesty I hadn’t done a lot of research about Graceland so wasn’t really sure what to expect. Despite really wanting to see it myself there is also a feeling of hope that a dead man’s home hasn’t been turned into some kind of ghastly tourist attraction, and on that front I have to say I was pleasantly surprised.

The ticket office and main entrance is actually on the opposite side of the highway to Graceland itself, and there is various admission options; house tour only or also add on passes to see Elvis’ planes and car collection. We opted for house and planes as neither Cameron or myself have much interest in old cars and at this stage we have already gone well over the budget for this trip so ever $ counts!

Visiting Graceland actually felt like much more of a Pilgrimage than a tourist attraction, exactly the way it should be. Tourists are only allowed the visit the downstairs of the property as the upstairs bedrooms have been kept private out of respect for Elvis as the upstairs of his home was apparently a place which was always deeply personal and private for him during his life. It is hard to believe that he purchased Graceland for a mere $100,000 though no doubt that was a fortune in his time. Whilst the house is very spacious with a fair bit of land, it is not enormous by American standards, evidence of Elvis’ humble roots and his desire to provide for his family at the same time as keeping them close as a unit.

Visiting Graceland just a few days before Christmas was relatively quiet. I don’t know how busy it gets in peak tourist season but I felt grateful that we were able to look around with very few other guests there. This became particularly relevant when we went to pay respects at his grave. It was a particularly moving & poignant moment as we were there alone, just to have a private moment in that space where he is laid to rest alongside his parents and grandmother (his grandmother outliving her son, her daughter-in-law and her grandson). I don’t mind admitting that I felt a lot more emotional than I expected to. Sad to reflect on a life that was cut short so suddenly and wondering about all the songs that were never to be. Thankful too that although my Dad was born on the same date as Elvis he has now been given almost double his lifespan.

I was humbled by the experience but grateful that his memory has been preserved in such a tasteful and respectful manner. R.I.P Elvis – Thank you for the music.

Day 2 took us out of Memphis to the town of Jackson which is around 80 miles away. We were very blessed and grateful to meet up with a fellow Funeral Celebrant from Jackson Shane Robinson who so kindly drove all the way over to collect us and gave us a truly memorable day which we shall never forget. When Shane found out that Cameron loved steam trains he told us all about the Museum of the railroad legend & hero ‘Casey Jones’ . Cameron has been learning about this story & literally obsessed with it ever since, it was therefore the absolute highlight of his trip to finally visit the Casey Jones Village and I cannot thank Shane enough for making this happen. For Cameron this was a dream come true and I will never forget his excitement as we pulled up. Absolutely the best Christmas present he could have – this are the memories that you cannot put a price on. 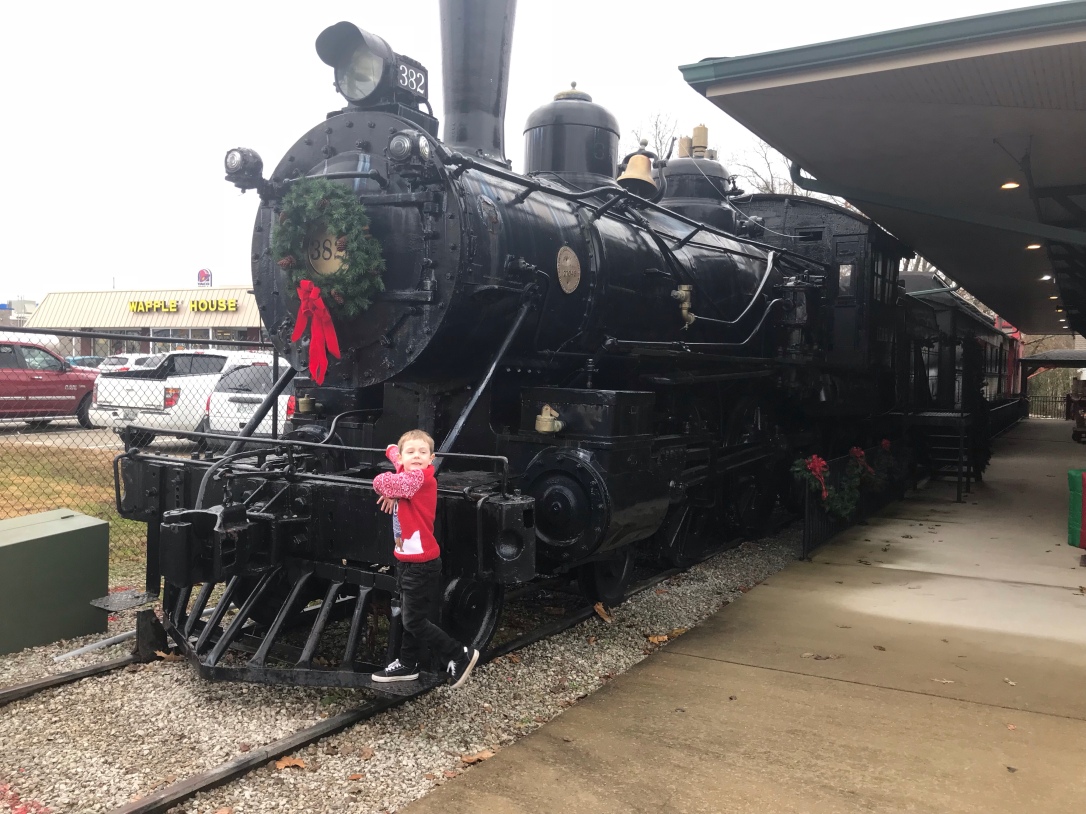 We had such a full & memorable day I could write pages and pages, but as Shane also works for the funeral home which conducted Casey Jones funeral back in 1900 he had the key to the private cemetery where he is buried – unfortunately the key didn’t work so Cameron and Shane ended up breaking into (and out of) the cemetery to see Casey’s grave! 🙈 Possibly the first people to ever break out of a cemetery, I really shouldn’t laugh at the irony, but…..!

Nevertheless that was another special moment for Cam and something which I think he will come to appreciate even more when he is older. 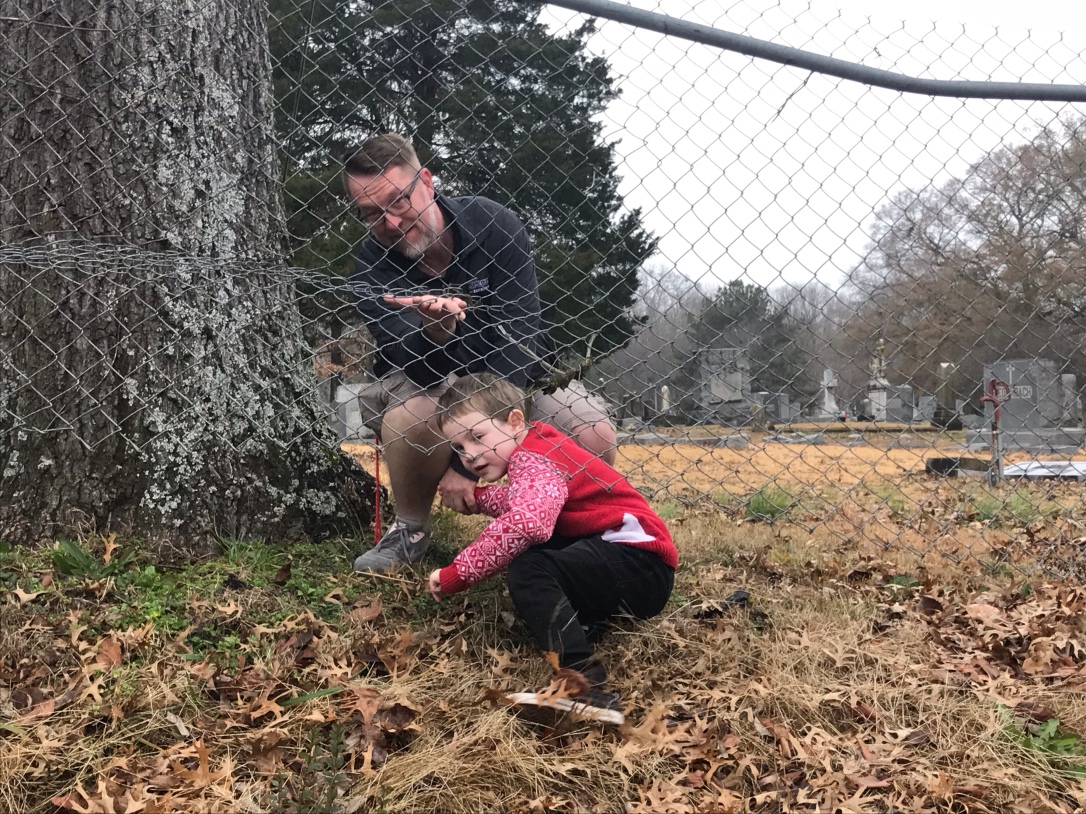 In addition to this Shane took us to see Tina Turners old school house. Sadly she didn’t have a happy childhood, but seeing her small wooden school house was a reminder that away from the all of fame and fortune she came from very humble roots.

Lunchtime was wonderful – a meal at the Old Country Store Restaurant with true southern american food, warm hospitality and just to add to the magic of the day…a surprise visit from Santa. 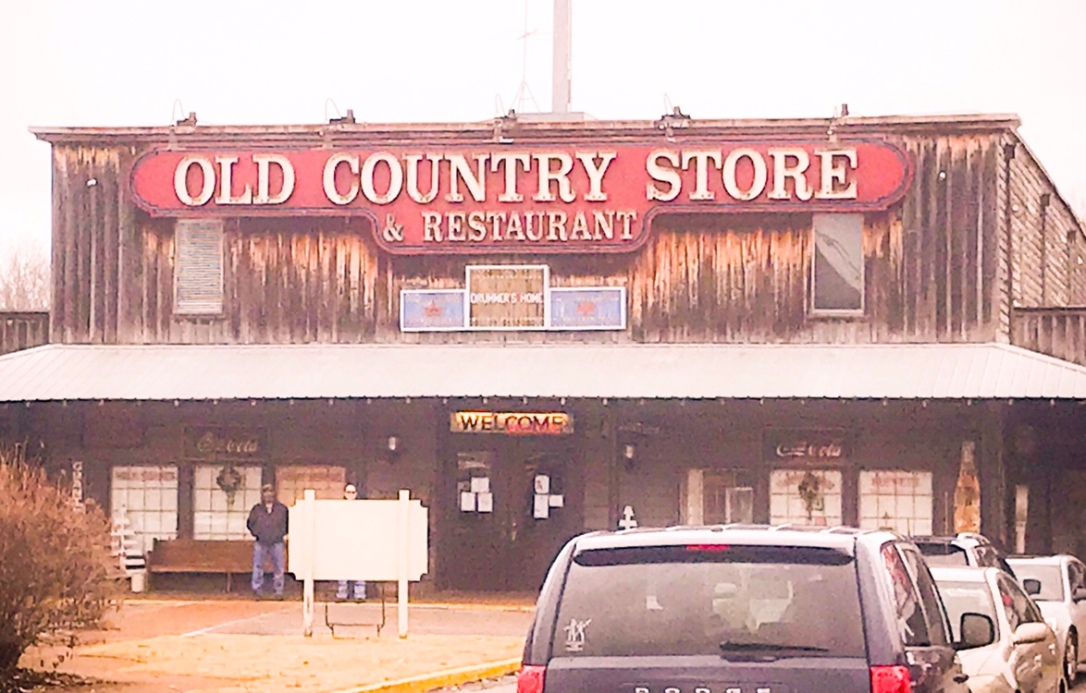 Shane then kindly took us to see where he works at George A. Smith & Sons Funeral Home. Now I know this wouldn’t be everyone’s idea of holiday sightseeing, but it was absolutely fascinating for me as a Funeral Celebrant and this home truly was magnificent in every respect. The magnitude of American Funerals from start to finish never fails to amaze me. The staff at the funeral home welcomed me with great hospitality and I truly could have stayed there all day chatting and asking questions. Unfortunately the small 7 yr old with me wasn’t quite as fascinated by it all as I was, so our visit there sadly was fairly short and sweet, but never the less memorable and for me a real highlight of the day.

Cameron’s interest soon picked up again when Shane took us to another railway museum in Jackson, a real treasure trove is collectors items and local railway memorabilia large and small, plus one of the most knowledgeable curators I have ever met. What he didn’t know about the railways wasn’t worth knowing. We had trouble trying to get Cameron to leave!!

We had an 80 mile ride back to Memphis though and Shane bless his heart had more than double that to get back home again, so with heavy hearts after the most fun packed and interesting day it was time to say our goodbyes. New friendships created and memories which will stay with us forever.

None of us wanted that day to end – but in the words of Dr Suess “don’t cry because it’s over, smile because it happened”

Alas our time in Tennessee was way too short, there was so much more I would have liked to have seen and done, but Amtrak was calling our name once again and the alarm was set for 4am the following morning for the next chapter of our adventure as we journeyed on from Memphis to New Orleans.