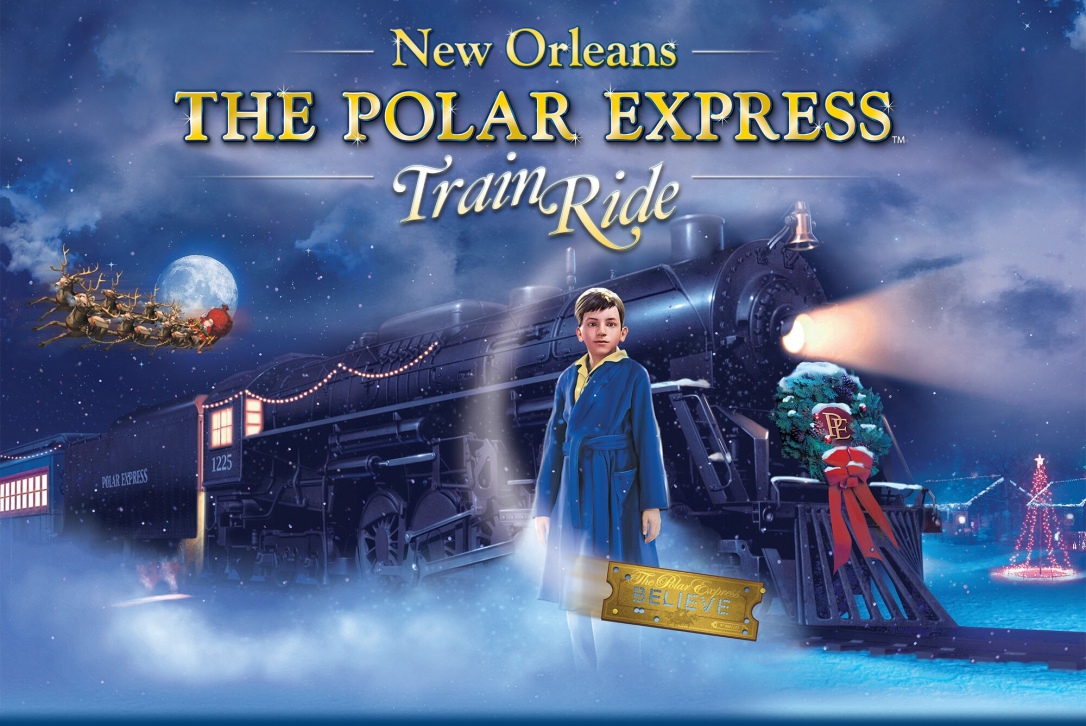 Having a 21 yr old and a 7 yr old means that I have over the years been to all sorts of Christmas & Santa experiences. I have even taken the kids to Lapland (Artic Circle, Finland) to see Santa 3 times at 3 different resorts. This Polar Express train ride however beat absolutely every thing else hands down for the most magical & memorable Christmas experience ever.

I was fortunate enough to discover the existence way back in May and having already booked a holiday with a pre-cruise stay in New Orleans I excited made a diary note for when the tickets were going to be released in July. I went online to book our tickets just two days after the release date and already several of the advertised trains were fully booked – so be aware and book as quickly as you can as this is. clearly a very popular event, (we found the ticket realise date advertised well in advance on the Polar Express New Orleans Facebook page).

Our train departure was scheduled for 8.30pm and we were advised to arrive 1 hr before our departure time which we duly did. We checked in quickly and were give our Golden Tickets as well as our regular tickets which stage your coach number & seats on.

Excited children arrived, many families arrived all in matching Christmas pyjamas, and I have to say I felt a little under dressed given the fact that I wasn’t in nightwear like most of the adults and that my son was only in regular pyjamas and not christmas ones (I had actually brought some back in the U.K. and then stupidly forgot to pack them!!!) 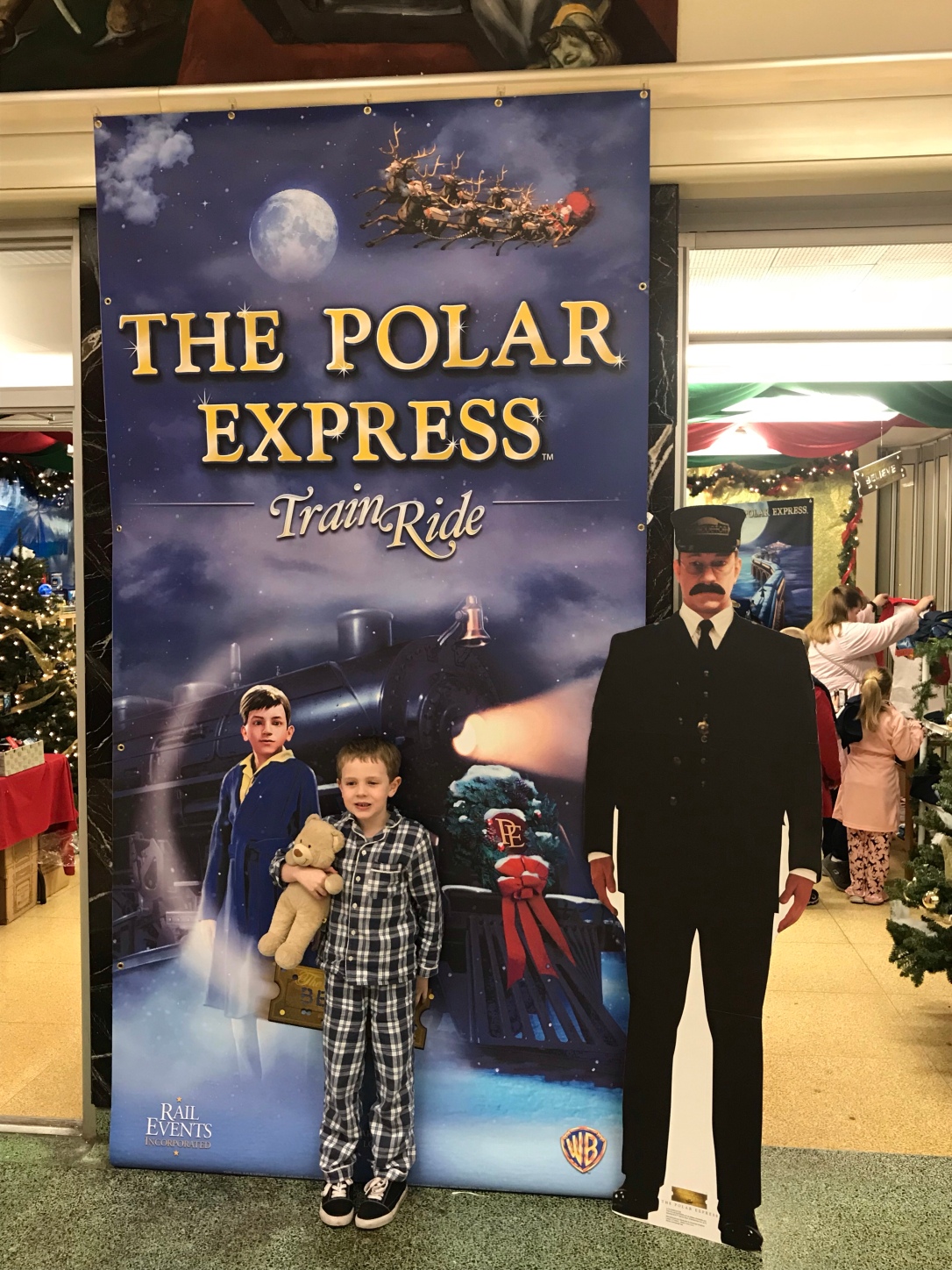 On the station was a dedicated Polar Express gift shop with all sorts of souvenirs which as you can imagine got pretty busy (we ended up with a new train and a new blanket – The said blanket soon adorning the bed in our cruise ship stateroom the next evening!)

Soon two of the cast members appeared blew the whistle with a shout of “well are ya comin?” and it was all aboard.

Golden tickets were waved as conductors came through the carriage stamping and clipping tickets with great excitement.

The magic and the music continued throughout every minute of the hour we were on the train. Cast members flawlessly depicting the characters from the movie with energetic singing and dancing inbetween. After an energetic rendition of Hot, Hot, Hot Chocolate, everyone onboard was given a cup of said warming drink along with a sugar cookie.

And then it was time for…..Santa. If ever I have ‘believed’ as an adult then it was seeing this Santa appear through the doors and hearing that bell ring as he gave the first gift of Christmas. Santa then made his way through the carriage taking time to speak with every child, and giving every child – and adult, a bell.

My 7 year old son is not over emotional, but when Santa gave his little speech about believing my son started to cry and said “that’s the most beautiful thing I have ever heard” He continued crying (happy tears) all the way back to our hotel saying he didn’t want it to end and it was the most magical night of his life. I am 48 and I think it was also the most magical night of mine too.

I shall keep my bell forever and whenever I need to bring out the inner child who resides within me I shall ring it as a reminder to never stop believing. I hope that Cameron too will always keep his, and maybe when he is all grown up and has children of his own, he will also still hear it ringing and will forever remember the night when he truly did believe……

The cost of the Polar Express experience was $70 adult and $60 child. Not the cheapest train ride in the world, but the memories were priceless and made it worth every cent.

Our little video we made of the evening can be found below: https://youtu.be/YnLLPURl8V0