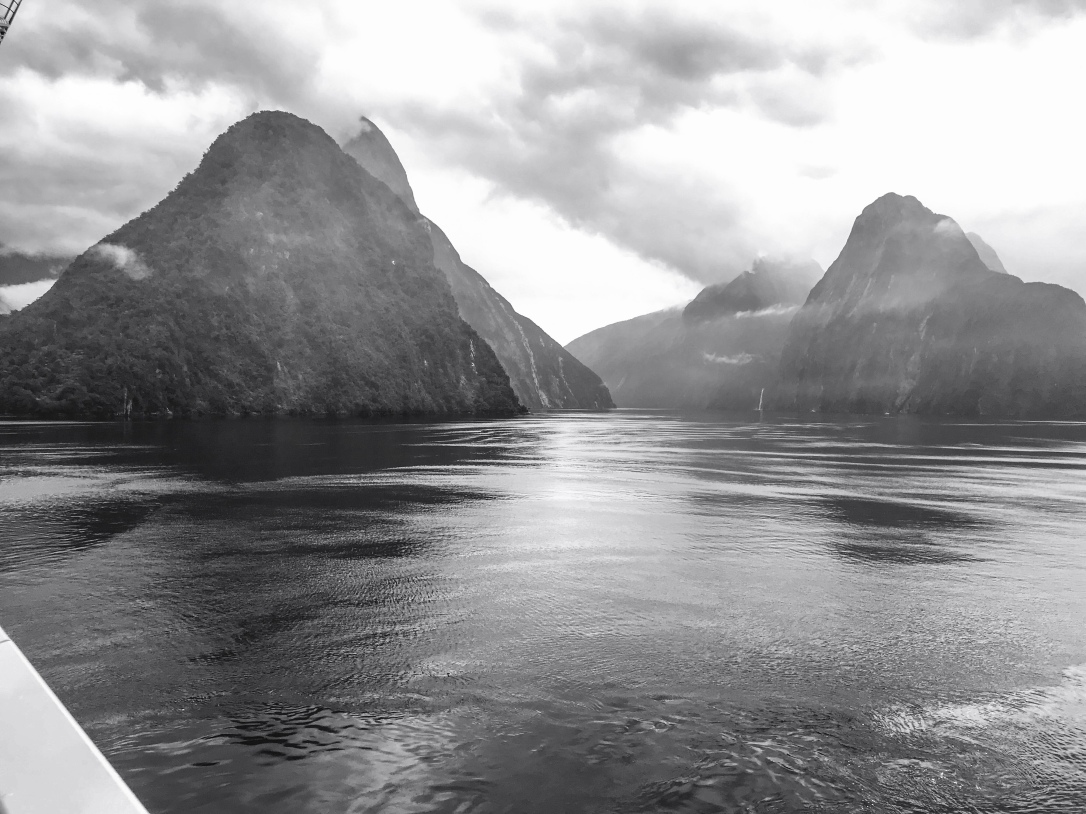 During this year of travel I am putting some big ticks on my bucket list whilst at the same time getting to discover new places which I didn’t even know existed until recently.

Now don’t get me wrong, I always knew there were fjords in New Zealand but I couldn’t have told you the names of any of them, nor did I know how majestic, spectacular and breathtaking they were until we got the sail through them this week.

We are currently aboard Royal Caribbean’s ‘Ovation of the Seas’ taking in a 13 night cruise around New Zealand. After 2 seas days sailing across the Tasman Sea from Sydney our 3 day was scheduled for Milford Sound, Doubtful Sound and Dusky Sound, all of which are located in the south west point of New Zealand’s South Island.

The ship does not dock in any of the fjords and each one is visited separately with a few hours back at sea between each one.

Our ship is massive with 16 decks, 1142ft long and able to transport almost 5000 passengers. Yet within the fjords she seemed dwarfed by the imposing mountains surrounding us. Below us though we could see much smaller passenger boats and even kayaks which look minuet as we looked down on them from the ship.

We arrived into Milford Sound just before 8am and what a spectacular sight to awake to. It was hard to believe that you were on a vessel carrying more than 5000 people because within the fjords it was absolute silence, all you could hear was the sounds of the cascading waterfalls and the lapping of water as Ovation moved very slowly around the fjord.

Later as we sailed into Doubtful Sound we saw about a dozen seals swimming by us and then in the early evening as we cruised through Dusky Sound we saw a large pod of dolphins, swimming and leaping from the water. Sod’s law meant that I got so excited watching them that I must have jogged my camera, only to layer discover I had spent 2 minutes videoing the railing of our balcony!! I was absolutely gutted but the memory will be etched in my mind forever.

There are no words or pictures which could come close to describing the beauty of these fjords unless you see them for yourselves, suffice to say I spent most of the day picking my jaw up from the floor.

If the New Zealand fjords are not a place you have considered visiting until now then I would definitely recommend you add it to the bucket list – I promise you won’t be disappointed.

This is a little video which I recorded from the day just to try and capture some of the beauty and splendour: VIDEO – The New Zealand Fjords