I don’t know where to start and how to really encapsulate the last 13 days in one blog – Quite simply our New Zealand has been INCREDIBLE. Cruising is a great way to see many different places in a short space of time but when you only have a few hours in each port you can only get a small taste of each location. New Zealand is most definitely a place I want to see more off though and for those thinking of visiting from the U.K. you can stay here for upto 6 months without a visa, unlike Australia where the standard tourist visa is only 3 months at a time (although the visa lasts for 12 months so you can return in that time).

Size wise New Zealand is about the same geographical size as Great Britain, however I was reliably informed by a tour guide that whilst the U.K. population is now around 71 million, the population of New Zealand stands at just 4.5million.

The Ovation of the Seas is a BIG cruise ship, she can carry almost 5000 passengers and 1500 crew. I wasn’t sure if I was really going to like such a massive ship but I have to say that at no stage did any area feel crowded. We sailed the Caribbean at Christmas on the Carnival Dream and wherever you went on that ship you felt that you were elbow to elbow with other guests, but with so much to do on the Ovation and so much choice in terms of eating and entertainment there was a lot of space per passenger (Ovation of the Seas has 15 restaurants and 9 bars). Even in port and especially on days we had to use tender boats people were got ashore quickly and smoothly. This is now the 10th cruise I have done and without any shadow of a doubt the best one too. I could spend all day writing about all the features of the ship but you can find most of that information on Royal Caribbean’s own website here.

Ovation of the Seas in Sydney Harbour

The itinerary of our cruise was as follows: 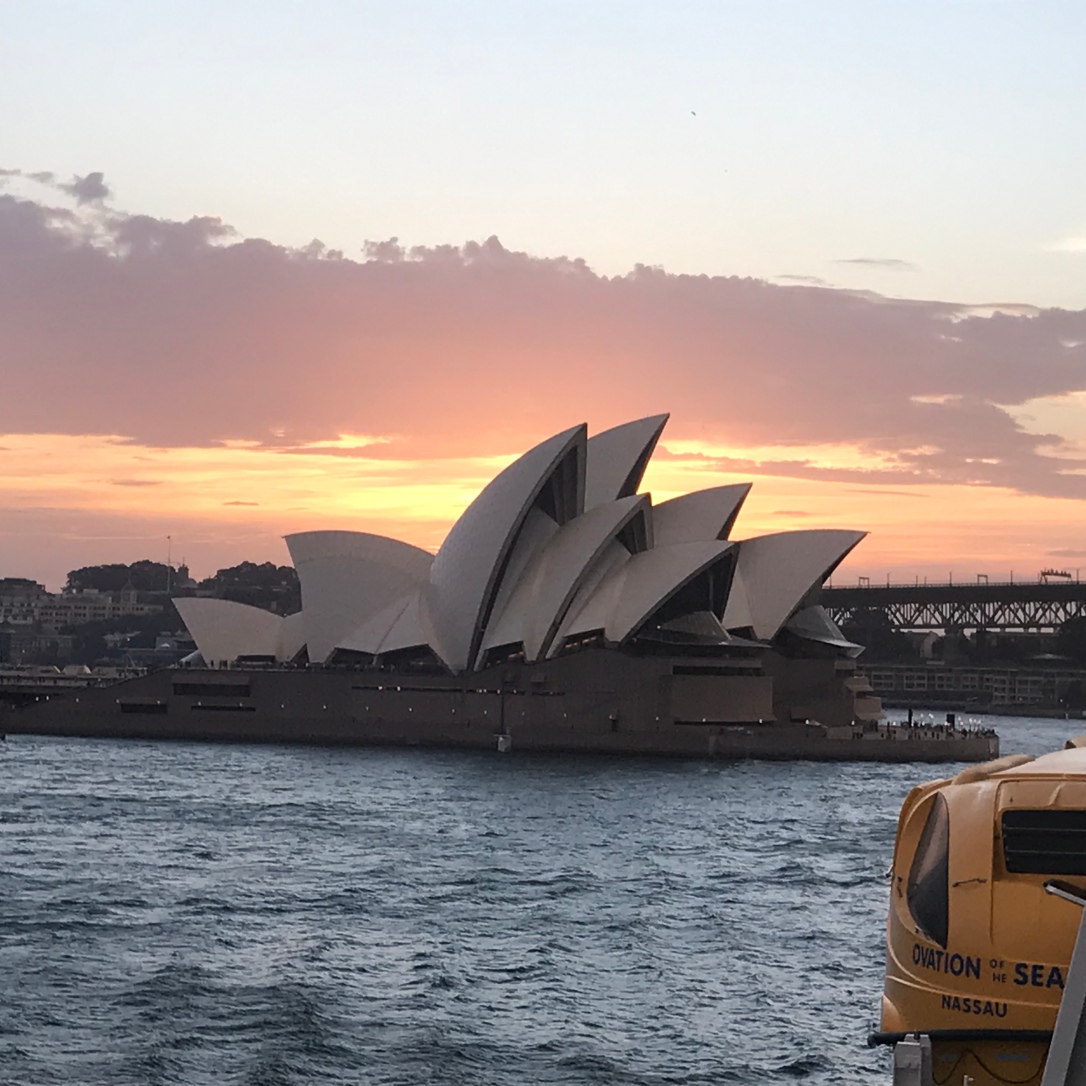 So trying to condense the most amazing 13 days.

Sailing out of Sydney Harbour in the sunset was an experience I shall never forget, also an emotional one knowing my Mum sailed out of there in 1966 and never returned. We had only spent 2 weeks in Sydney and yet with such strong ties I was still hugely emotional as I stood on our balcony sailing past the opera house and then watching it disappeared from view.

The next two days at sea were fun as we explored the ship and discovered everything it had to offer. Cameron enjoyed the kids club and even won his first ever game of bingo. We had some fairly big waves especially on the second night and I was very pleased to discover that Cam appeared to have inherited my strong sea legs.

I was brave and even in strong winds ventured up on to the ‘North Star’ the ships ‘pod’ which raises you 300ft above sea level. It was quite an experience in choppy seas and I waited a few more days and the protection of a calm harbour before I took Cam up with me. Which he LOVED! 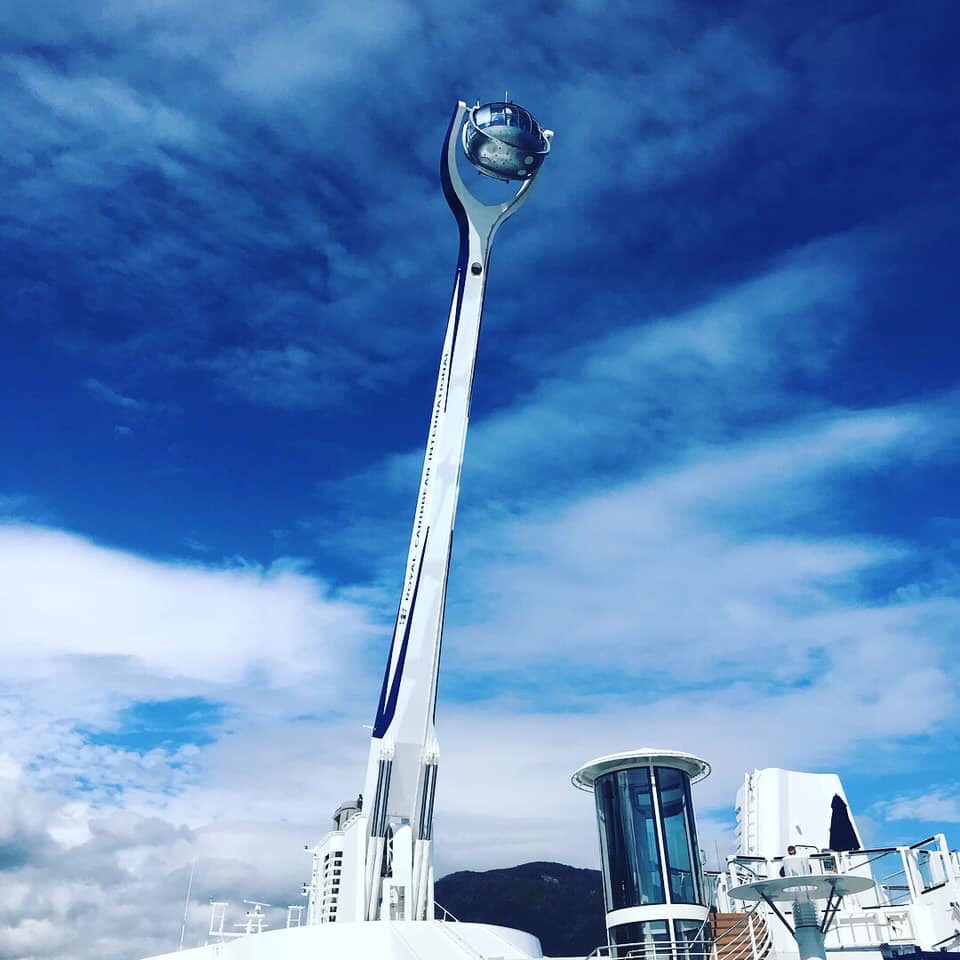 Day 3: New Zealand Fjord. Our vast ship was dwarfed as we sailed through the majestic fjords of Milford, Doubtful & Dusky sounds which was just breathtaking and I have written a separate blog about this already.

Day 4: Dunedin. We took a trip aboard the Taieri Gorge Railway which was wonderful. Once again some spectacular scenery as we wound our way through the countryside. A 6 hour trip with very hard working volunteers who were on their feet the entire trip, keeping us refreshed with beverages, snacks and a picnic lunch. As enjoyable as this trip was I still felt it was very over priced, it was the only excursion we booked directly with Royal Caribbean so would be interested in comparing the price is booking directly, which I have not yet had a chance to do.

Day 5 was another sea day as we sailed up the coast like of the South Island towards Wellington in the North.

Day 6: Wellington. We had no excursions booked here but made our own way to the Wellington Cable Car (which is actually a funicular railway) and enjoyed the views from the top as well as a walk around the Botanical Gardens. We made a little video of the day which you can see here.

Day 7: Napier. Again we did our own thing here and we only had a half day in port which was a shame as I would have loved to have seen more. I loved Napier though it is a very pretty little town full of art deco style buildings and even the road signs are all in an art deco style, it felt like stepping back in time. Napier was hit by a massive earthquake in 1931 which resulted in 256 deaths and much of the Hawke’s Bay area was destroyed. Along the coast road stands a statue ‘The Spirit of Napier’ depicting the strength and spirit of the people rising from the ashes. When I took a photo of that statue I didn’t realise how symbolic it would be, as just a couple of hours later the news started to break about the horrific mosque shootings in Christchurch.

‘The Spirit of Napier’

Day 8: Tauranga. This was one of my favourite days. We docked in the port of Tauranga which was thriving with excursion and activity. If you went there on a cruise and didn’t book any excursions there would be plenty to see and do just around the port area. We however had booked a tour directly with New Zealand Discovery Tours who I would highly recommend. Our drivers/guides were husband and wife team Natalie & Andrew who gave us the most fabulous day and I can’t recommend them highly enough. We drove out to Rotorua where we visited the Geothermal area and living Maori Village, where we were given the most fascinating tour by one of the Maori residents who has spent his entire life living in the village community. The tour ended with a wonderful Polynesian show and Haka which was particularly moving as it was dedicated to all those who had lost their life in Christchurch the day before.

We were then taken to a hotel for lunch and had the afternoon at a Polynesian Spa before heading back towards Tauranga but stopping off at a Kiwi Fruit orchard on the way. 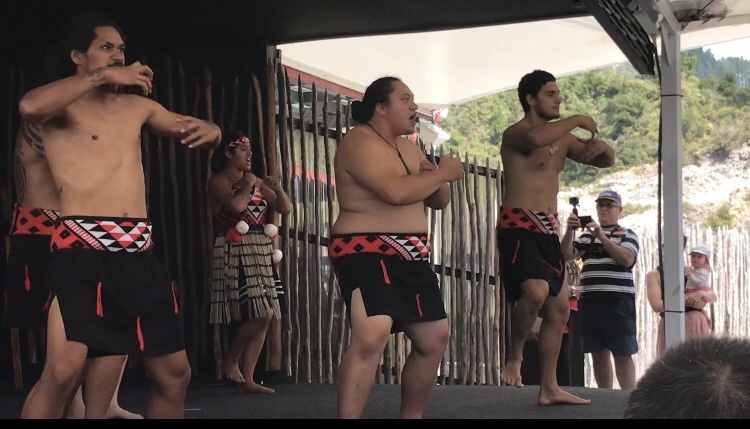 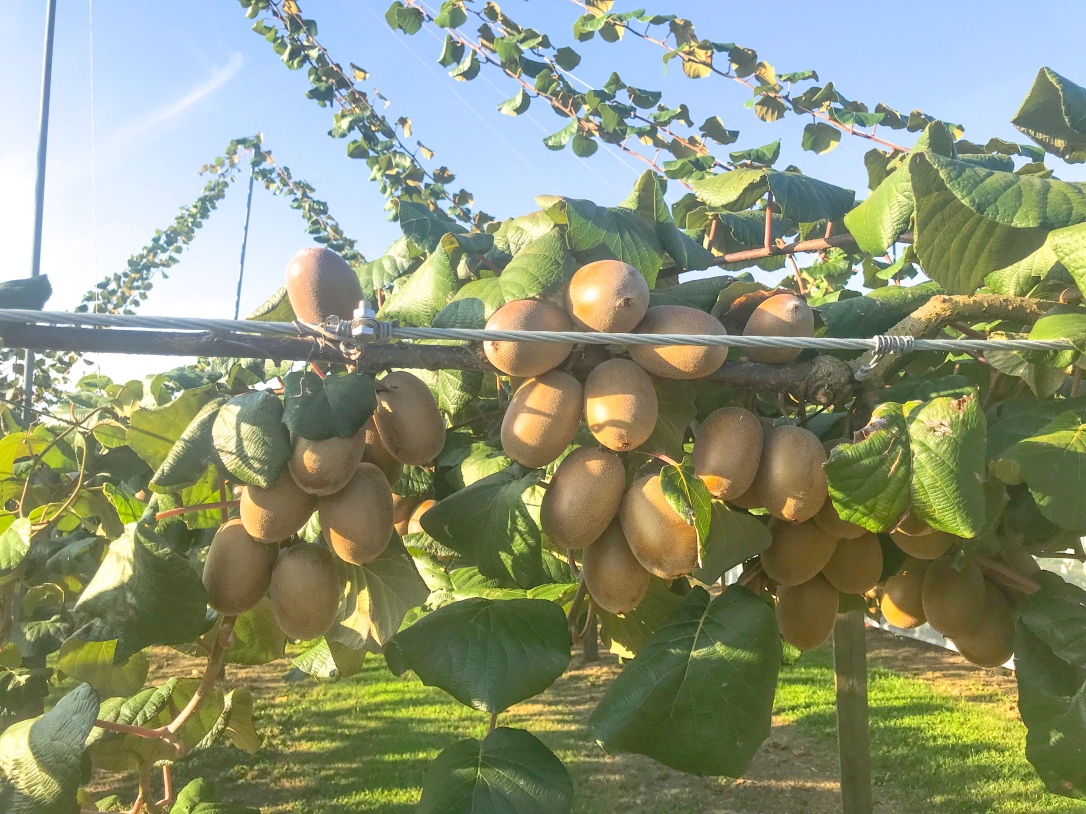 Well this day didn’t get off to a great start. Ovation of the seas is such a huge ship that she doesn’t fit into the wharf in Auckland so we had to be tendered ashore. Despite being on the 2nd tender boat to leave the ship we missed our pre-booked excursion to Rangitoto Volcanic Island by 15 mins. In all honesty it would have been impossible to make the tour in time with the tender boats so I have taken this up with the cruise118 who sold us the excursion as the tour operators told us that people regularly miss the trips due to not being able to get off the ships in time! A stroke of luck for us is that we will be back in Auckland again in 3 weeks time and the tour operator re-scheduled the tour for us so watch this space. As a result however we had a leisurely day mooching around Auckland city and still managed to enjoy ourselves.

What a beautiful surprise this place was. Thankfully our ship got clearance an hour early or this excursion would have been impossible to get too due to tendering. We were very fortunate to make to Piahia on time though and actually managed to get to the front of the queue meaning we got the best seats on the catamaran at the top at the front. Our boat ‘Dolphin Seeker’ operated by Fullers Tours did exactly that and within a few minutes we were following our first pod of dolphins. Being up that close to them in their natural habitat was just incredible and unlike other countries where I have seen wild dolphins being hounded by dozens of boats at a time New Zealand has strict laws meaning that only a maximum of 3 boats can be near a pod at any one time and there are certain hours of the day when no boats can follow them.

After our dolphin encounter we headed around the bay with a great commentary by our boats captain giving the history of the bay and Captain Cooks expedition there etc. My random fact of the day was discovering that after his life of incredible achievement Captain Cook was not only killed by, but was also eaten by the Hawaiians!

Anyway we then headed out into more open waters towards the ‘Hole in the rock’ this was when I was very glad we got the seats we did at the front as apparently a lot of people downstairs were getting sea sick with the rough waves! I got worried about Cameron but he was absolutely fine, shrieking “weeee it’s a roller coaster” every time we hit a big wave and flew up into air!

Many boats do pass through the hole in the rock including the one we were on, and I can only imagine the skill it takes as we were on a fairly big catamaran and the hole really doesn’t look that big! However because of the sea swell on that day the Captain had to make the decision not to attempt it.

The sail back to Paihia was quicker and more direct, so we had time for lunch on the bay before making our way back to the ship on the tender boats.

Video: Dolphin Watching at Bay of the Islands.

As we sailed away from the bay we were accompanied by another large pod of dolphins, which was the icing on the cake. Then that was the last we saw of land for a while as it was another two day sail back across the Tasman Sea to Australia.

We have had a very smooth sailing and today being our second sea day we have spotted another two pods of dolphins swimming close to the ship. I could watch them every day and never get bored!

So tomorrow morning we shall dock back in Sydney Harbour and make our way to the airport for a flight up to Brisbane.

Part of me just wants to wind back the clock and do it all over again, we have LOVED every second of this cruise and completely fallen in love with New Zealand.

We also know that new and exciting adventures still lay ahead, and we are ready to embrace the next chapter of our journey with open arms and open hearts….