I, like many have watched with horror at the recent bush fires raging out of control in Australia and in New South Wales in particular. The damage done to both the wildlife and their habitat is beyond horrendous. We made a donation to the Australian bushfire fund and sponsored an injured koala named Paul, whom I am pleased to announce is making really good progress in his recovery. Also like many others have prayed for rain in Australia, and I am pleased to say that those prayers have been answered, in fact there has now been some extensive flooding in parts, but nearly all the fires are now out and the few still burning are fully under control.

Tomorrow night will see a massive event take place at the ANZ stadium for the bush fire fund which will feature headline artists such as Queen, Michael Buble, Olivia Newton John, Delta Gudrem to name but a few.

Tonight however Queen & Adam Lambert had the entire stadium to themselves and this was one of our main reasons for coming back to Sydney again this trip as I originally hadn’t intended to this year. Being a huge Queen fan though, when I saw the date they were performing here, I decided to tweak our travel plans slightly and book the tickets.

Although Cameron LOVES Queen music, he HATES large crowds and HATES loud sounds, so after I booked the tickets I began to question if I had done the right thing, but I brought him some kids ear defenders in the hope it would dampen the sound of required.

I decided to book a hotel within the Olympic Park close to the ANZ stadium so we didn’t have to worry about fighting for transport when we came out. (To say that the Novotel and every other hotel close by inflated their prices for this event would be an understatement, but hey it was to be a one off) 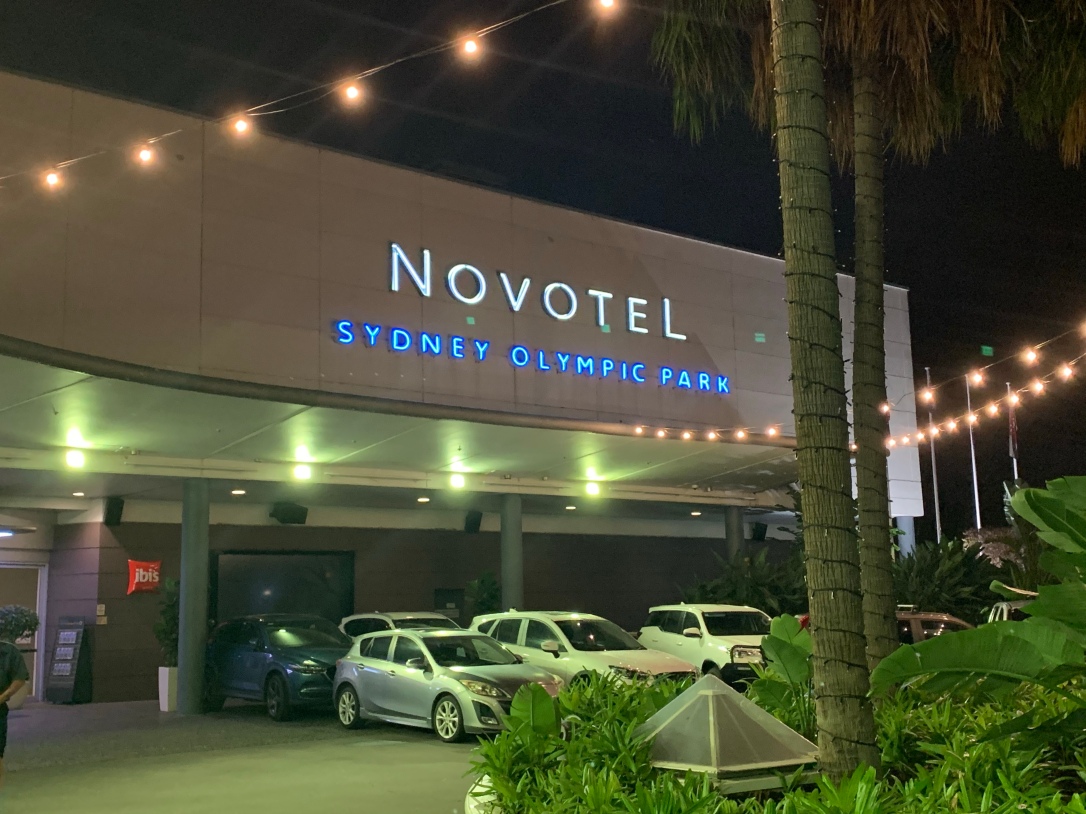 Although we didn’t have that far to walk, just minutes before we were due to leave we saw lightning flash across the sky, followed by rumbles of thunder.

Nevertheless we decided to brave it and as we did the heavens opened and the thunder and lightning got louder and stronger. Putting it mildly by the time we reached the entrance to the stadium we were like two drowned rats and Cam was not happy!

The 1000’s of people arriving for the concert were obviously all trying to get out of the rain but unfortunately due to the lightning storm and it being an outdoor stadium they were not letting anyone to their seats for safety reasons (perfectly understandable of you saw the weather). However it did mean everyone was herded under the covered area which became both crowded and noisy, and in turn led to Cam going into complete panic like I have never seen before. I moved to the back of the crowds to get him some space and I lifted him up as I realised how little he seemed, lost in this huge sea of adults double his size! Trying to lift and carry an 8 ur old just at this moment is no fun, given that I only had stitches removed from my back yesterday.

Anyway when we finally got into the stadium he was a lot more settled, and thankfully by this time the storm had passed over as well.

The concert as expected was incredible. Queen really do still have the ‘it’ factor and although Adam Lambert will never be Freddie Mercury (nor does he pretend to be) he does put on the most incredible show and is a fantastic performer in his own right.

We were fortunate to have great seats, but the down side meant that we were sitting directly below the speakers which were incredibly loud and even having taken children’s ear defenders with me for Cam, within about half an hour he was really complaining that his ears were hurting and after about an hour I was feeling like the worst mother in the world and as we left!

The good news was that once outside the stadium we could still hear the music loud and clear, just a few decibels lower. Cam was happy with that and sat enjoying some mini hot donuts from one of the food stalls outside whilst listening to the rest of the concert. It wasn’t quite the same but it was at least a compromise.

So it didn’t quite turn out the evening I had hoped for, but until you at least try these things you never find out. Cam has always had issues with his sensory processing especially with noise and crowds so perhaps it was a stupid thing for me to book whilst he is still young, he’s much happier walking in the stillness of nature.

He got back to the hotel though and said he’d had a lovely evening and that’s all that matters to me.

For any other Queen fans though, I would say if you get the opportunity to see them live then grab it, you certainly won’t be disappointed.